Amazon already delivers packages with drones in the United States 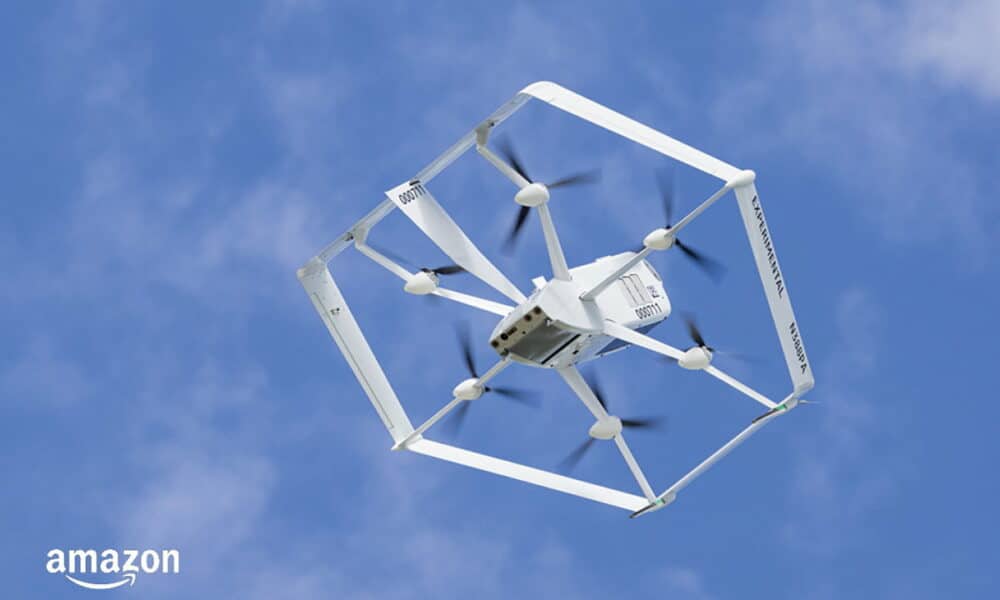 amazon prime air service or what is similar use of drones for parcel delivery, already operating in two small cities in California and Texas. It won’t work for every shipment or every location Amazon operates, but it’s the culmination of an ambitious project that a decade ago seemed like science fiction.

We still remember when Jeff Bezos introduced the Amazon Prime Air project in 2013 and jokes from users and competing companies flooded the internet. Among the best, Groupon stood out, which proposed an alternative delivery system by Slingshot “a parcel delivery system dating back to the days of King Arthur”,

Jokes aside, once they got clearance from the Federal Aviation Administration to fly their drones, project come true, Service has begun in sparsely populated rural areas near the cities of Sacramento and Houston. “Our goal is to safely take our drones into the skies. We’re starting in these communities and will gradually expand deliveries to more customers over time.”Tell us about this Amazon Prime Air spokespersons.

Its mechanism of action is known. Residents of both the cities can sign up for the service and Amazon will confirm that the company can safely deliver to the customer’s address. Once an order is placed, the customer receives an estimated delivery time and tracking information. ,The drone will fly to the designated delivery location, land in the customer’s backyard, and hover at a safe altitude.”it is said. It will then safely drop off the package, climb back to its height and automatically return to the warehouse using its GPS and camera system.

Amazon is using the MK27-2 hexagonal drone with six propellers, which is designed to reduce high-frequency sound waves, although it is already testing others such as the more advanced and lighter MK30, which Will be able to fly in adverse weather conditions, such as rain.. At the moment, the company is focused on above all get safe transit, While the drones fly automatically, using GPS and algorithms to avoid obstacles like power lines and chimneys, deliveries are still controlled by humans.

In the future, these tiny UAVs will be able to function fully autonomously, delivering packages up to 2.7kg (mostly Amazon deliveries), over a range of 10 miles and in an estimated time of 30 to 60 minutes.

If all this drone delivery with parcels still sounds like science fiction to you, take a look at what Amazon is preparing for the future “Order from Heaven”, 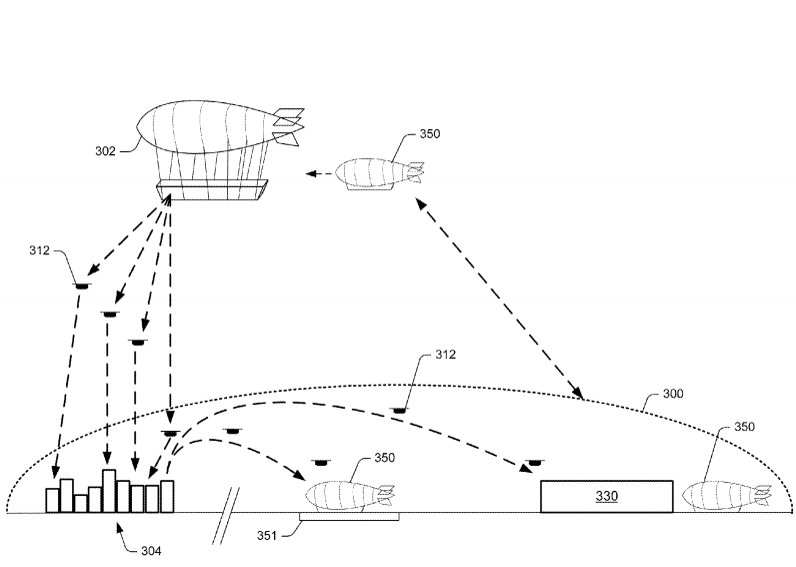 An Amazon patent application spoke of aerial warehouses or “airborne fulfillment centers” for use with drones. A type of blimp equipped with a certain amount of inventory and positioned near a location where Amazon anticipates there will be demand for certain items. High flying logistics…