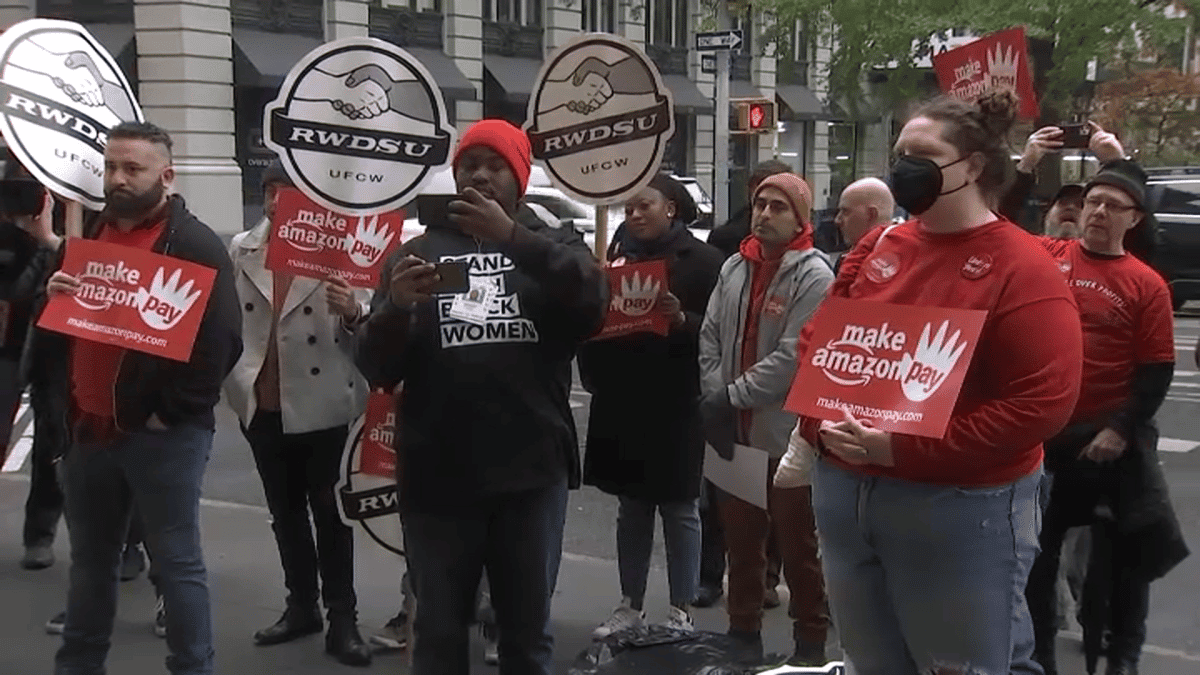 NEW YORK — As shoppers flock to stores and search online for the best Black Friday deals, labor activists have taken to the streets of New York City to join a global demonstration against retailer Amazon.

One of the “Make Amazon Pay” rallies took place on Friday right outside one of Amazon founder Jeff Bezos’ homes in Manhattan. Many workers and labor activists from the Retail and Wholesale Department Store Union (RWDSU) say they want shoppers to stick with Amazon’s offers and spend their money at small, local businesses.

Katherine Harper was among the protesters demanding better working conditions and wages for Amazon workers. She says she works at a bookstore in Williamsburg, not for the company.

“I get asked all the time if we can price match Amazon,” Harper said. “The answer is always no.”

“I have to tell you that we charge full price for books because our employees get things like bathroom breaks and fair wages,” he said.

Amazon workers in nearly 40 countries reported strikes or plans to strike. Earlier this year, Amazon workers in Staten Island voted to unionize in a historic victory for organized workers, even as the company spent millions trying to shut down those efforts.

An Amazon spokesperson says the company is doing many things right, including tackling climate change with its commitment to reduce greenhouse gas emissions to zero by 2040.

“While we’re not perfect in any area, if you look at what Amazon is doing on these important issues, you’ll see that we take our role and impact very seriously,” said Kelly Nantel, Amazon spokeswoman.