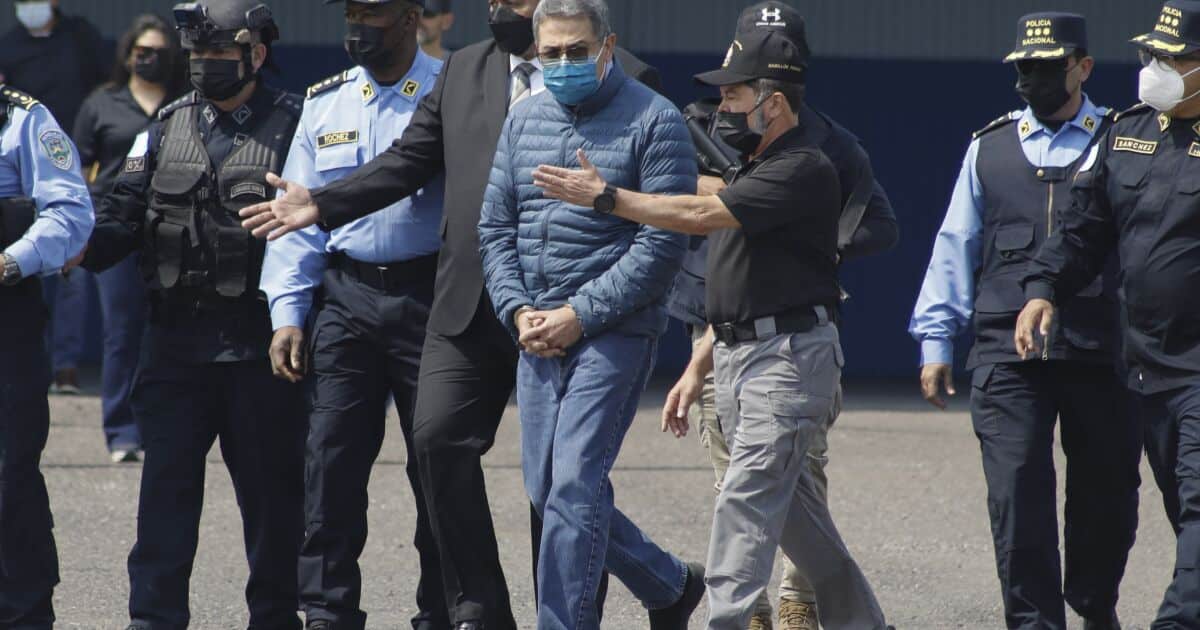 Prosecutors in New York told a judge that former Honduran president Juan Orlando Hernandez has been transferred to a less restrictive unit of the Brooklyn prison where he is being held after his lawyer complained about poor conditions last week. Is.

In a letter to Judge Kevin Castel of the Southern District of New York Court, several prosecutors explained that Hernandez has been removed from the detention unit and placed in another unit where he has equal access to telephone, email messages and visits. Is. the rest of the prison population. Hernandez, who faces drug and arms trafficking charges, is being held at the Metropolitan Detention Center.

Hernandez was the president of Honduras until just four months ago and was once regarded by US officials as a key ally in the war on drugs. However, the United States claims that between approximately 2004 and 2022 the former president participated in a conspiracy to allow drug cartels to ship thousands of kilos of cocaine into the United States in exchange for millions of dollars.

The former president was extradited to the US last month.

During a hearing last week, in which Hernandez pleaded not guilty, his attorney, Raymond Colon, complained to the judge that he had little access to his client and asked that he be released from solitary confinement, for which he was Was kept in jail. , He said Hernandez was not able to call his family and did not have access to the money his defense team tried to send him.

“He is being treated like a prisoner of war,” Colon said.

In their letter, prosecutors said the former president already had access to the funds and was transferred to a less restrictive unit on May 13. Several parts of the letter, available in the federal courts’ electronic system, have been blacked out so that they cannot be read.

At a press conference in Washington last month, US Attorney General Merrick Garland said that Hernandez “abused” his position as president to run Honduras as a “narco state” and that he had received bribes from several cartels, When he was a congressman, the Sinaloa Cartel was run by Joaquín “El Chapo” Guzmán.