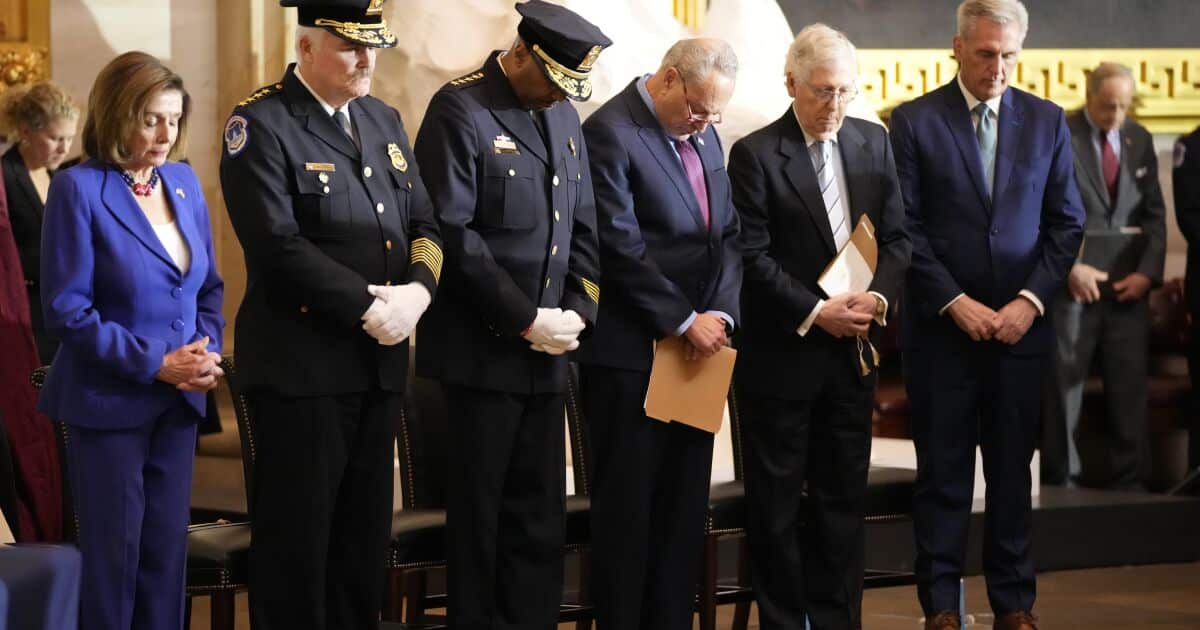 The United States Congress on Tuesday awarded the Congressional Gold Medal to the guards who defended the Capitol in the attack on January 6, 2021, nearly two years after the brutal attack by supporters of former President Donald Trump.

Speaker of the House of Representatives, Nancy Pelosi, praised the “heroes” while opening the ceremony in the Capitol’s Rotunda, which was ravaged that day by a mob of Trump supporters who wanted to block certification of the election results. 2020 elections.

Pelosi praised the House Guards for “responding courageously to protect our democracy at one of our nation’s darkest moments.”

To recognize the hundreds of officers who defended the Capitol, the medals will be placed at four locations: Capitol Police Headquarters, Metropolitan Police Headquarters, Capitol Hill and the Smithsonian Institution. When he signed the executive order awarding the medal last year, President Joe Biden said a medal would be kept at the Smithsonian “so that all visitors would know what happened that day.”

The ceremony in the Capitol Rotunda came as Democrats, who have just lost their majority in the House, are rushing to complete their investigation into the insurgency. Lawmakers have vowed to uncover details of the attack, which comes as Trump seeks to overturn the election results and urges his supporters to “fight it” just ahead of the certification ceremony in Congress.

It was one of the last formal acts of Pelosi, the Speaker of the Democratic House of Representatives, who must leave office. When the bill passed the House more than a year ago, Pelosi said the Guardsmen deserved recognition because they were “the kind of Americans who heard the call to serve and answered, putting country above their own well-being.” “

“They allowed us to go back to the Capitol that day” to certify Biden’s victory, he said, “to that podium that night, to show the world that our democracy has won and that The victory is because of them.”

On the day of the attack, a large number of guards received serious injuries. Trump supporters beat him with batons and even their own weapons, dragged him down the stairs, sprayed chemicals, pushed and trampled him. Many guards were unable to return to work for a long time due to physical injuries, such as concussions, or psychological trauma caused by the episode.