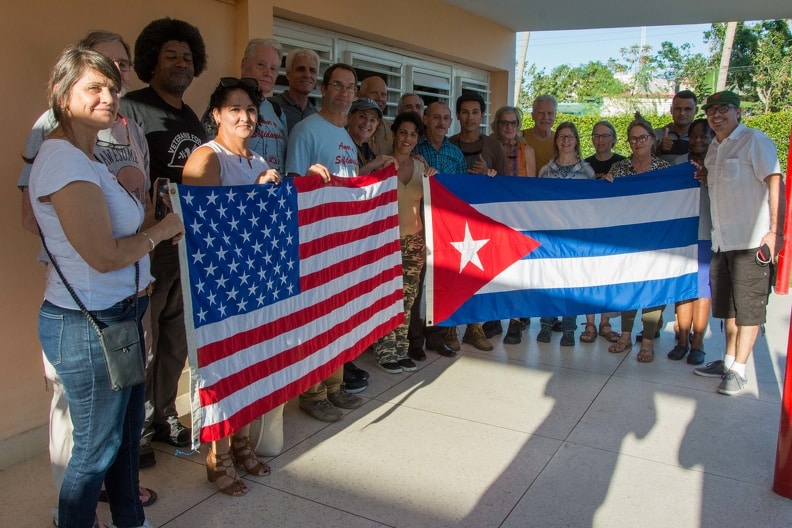 Pinar del Rio, January 7 – The economic blockade imposed on Cuba by the United States is very cruel; Not only does this harm the people of the island, but it also causes problems worsening every day in the country, said Gerry Condon, coordinator of the Veterans for Peace solidarity group, during a visit to Pinar del Río today.

The best contribution we can make is to help more Americans understand the effects of the crisis, said Condon, along with members of the Golden Rule Project, and to increase humanitarian assistance.

Activists from the United States of America exchanged with government representatives at the provincial delegation of the Cuban Institute for Friendship with the Peoples of Vultabajo and learned about the progress of the recovery process after the effects of Hurricane Ian last September, mainly housing in, which amounts to over 102,000 damages.

In addition, he donated to the health sector, which was mostly made up of medicines.

From a humanitarian point of view this aid is very small, said Condon, who first lived in Cuba’s westernmost province 26 years ago, but above all, what we bring is love and solidarity.

For Roberto Watts, another member of Veterans for Peace, the situation in Cuba is difficult, and American policy is sharply directed against polite and honest people.

The Solidarity Brigade also arrived at one of the ongoing construction projects in the main municipality, aimed at the victims of the hydrometeorological phenomenon.

In the area located 12 kilometers from the highway to La Coloma, the Army of the Construction and Assembly Company is building about 26 houses for the families who lost everything due to the meteorite.

There he recognized the work and effort of the builders who, despite the adversities, have been working since October 25 to repair the damage at the site.

Until this January 8, activists will develop a program of activities in the largest Antilles to express their solidarity and to applaud the end of the economic, commercial and financial blockade imposed by the US government on the Caribbean country.