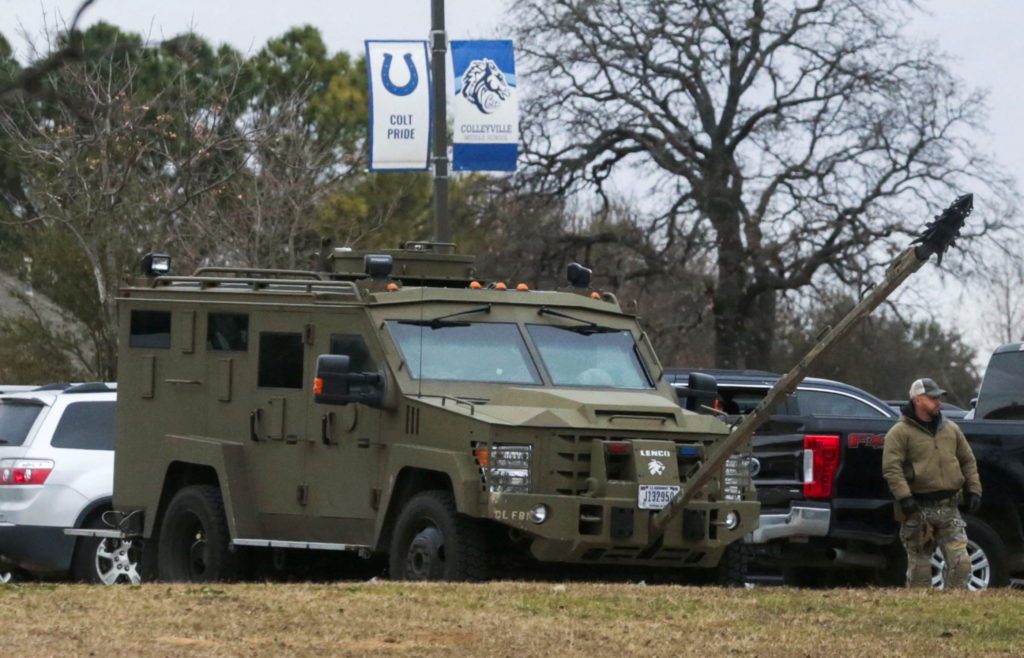 On Sunday in the north-west of England, British police detained two teenagers for questioning as part of the investigation.

Back in the US, in a Sunday statement, the FBI called the attack – and I quote – a “terrorist case” targeting the Jewish community, and this at a time of rising anti-Semitism in America.

More than 2,000 anti-Semitic incidents were reported in 2020, the third-highest year on record, according to the Anti-Defamation League. In recent years, Jewish institutions across the country have stepped up security measures, including educating their community.

In a statement Sunday, Rabbi Cytron-Walker said these trainings at Beth Israel saved their lives, writing — quote — “In the final hour of our hostage crisis, the shooter became increasingly belligerent and menacing. Without the instructions we received, we would not be ready to act and run when the situation presents itself.”

Thereafter, and as a precautionary measure, increased security at Jewish institutions across America.

Jonathan Greenblatt joined me to learn more about how this latest anti-Semitic attack is affecting Jewish communities and what it says about the state of hatred more broadly. He is the CEO of the Anti-Defamation League and the author of a new book called It Can Happen Here: Why America is Going From Hate to the Unthinkable and How We Can Stop It.

Jonathan, welcome back to News Hour. Thank you for being here.

The rabbi says the only reason they were all alive was because of the training. The thought that they were preparing for something that could potentially happen to them was just one of the most revealing moments of the last day or so.

And I have to ask you, how widespread is this fear, this fear in Jewish communities, that this can happen to them too?

Jonathan Greenblatt, Anti-Defamation League CEO and National Director: Well, Amna, I’ll start by saying how grateful we are that the rabbi and other hostages were safely rescued.

His heroism clearly saved the day, as did the daring work of law enforcement, especially the FBI.

That being said, I was also flattered that the rabbi mentioned that training in the FBI and ADL helped save their lives. Jews all over the country are scared at this moment, as we talked about earlier in this program.

We have seen Jews attacked in the ECC, synagogues, kosher supermarkets, again, which only happened this weekend. They are alarmed. And so much anxiety right now to see our sacred places under siege in this way.

The reality is, as the rabbi said, clergy across the country who want to study Torah end up forced to learn tactical maneuvers because of evil people with anti-Semitic ideas who are willing to bring violence into our communities.

The data doesn’t lie. Even though Jews make up less than 2 percent of the US population, 60 percent of sectarian hate crimes target Jewish communities nationwide. So now they feel vulnerable to violence. They are worried. And so we are all in a state of shock.

Explainer: why is the Olympics in Beijing again? , NWN News