American, Jonathan Bornstein was projected as a superstar in Honduras 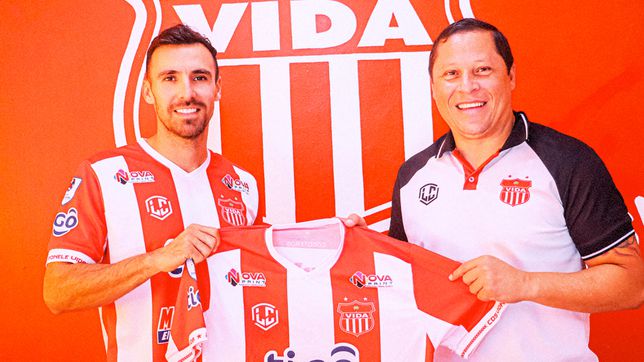 After his transfer to CD Vida of the Honduran National League and his arrival in the country of Cataracho became known, Jonathan Bornstein He was officially presented with his new club at the age of 38 to start an adventure in Central American football. It should be noted that former players of United States National Team He’s gotten the hero treatment for the number of days he’s spent in this country,

Although it is true that most of his career was spent in Mexico and the United States, Bornstein’s arrival in Honduran football represents much for Hondurans, who have etched in their memory the goal the North American scored to tie Costa Rica on the final day of qualifiers. concacaf South Africa heading towards 2010Which put them into the World Cup with a direct ticket.

May interest you – Landon Donovan wants Berhalter until 2026 World Cup

This Thursday he was presented in front of the Kokoteros fans at the Cibeño Municipal Stadium and donned for the first time the uniform he would wear during his one-year stay, where he will wear the legendary number 3 that has featured him for so many years, Amidst the music and screams of his new fans.

Speaking to the attendees, Bornstein said: “I have come to win, everyone at the club wants the club to get back to that level and be able to win the championship. It’s a great team, I’m feeling good mentally and physically, I’m ready to play, All this keeping in mind that the La Ceiba team will debut in the Clausura 2023 on Saturday, January 21 against Honduras Progreso.

Jonathan Bornstein (38), the undisputed hero of H qualification at South Africa 2010, was presented to great fanfare at Vida this afternoon. pic.twitter.com/Yuecpg0RRd

He highlights the story of his goal against Costa Rica

who was a World Cup player in 2010 and winner of the 2007 Gold Cup, commented: “I miss you so much for scoring the goal against Costa Rica, you showed me so much love and affection, and it was a great moment in the past for my life, but I am here to create new moments with all of you and good Make memories,

,What I love most about La Ceiba are the people, very warm and ready to attend to your every need. I’m in the supermarket and people thank me for the goal, it’s history, it’s beautiful for me because it changed my life. I’m here probably because of that goal and hope we can make new memories,

“I’ll Tell You”: American player Jonathan Bornstein, player of the Vida team. Playing with his country’s national team in 2009, he scored a goal 15 seconds from the end in a 2–2 draw against Costa Rica, a result that qualified Honduras for the 2010 World Cup in South Africa. For the record https://t.co/POEp1vebF4 pic.twitter.com/17YTXzEsow