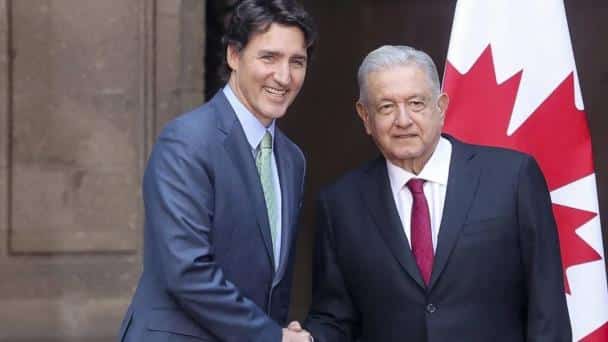 “I told Canadians that there are 125 mining companies in Canada and we only have a problem with two, and they are right, they are taken out by groups in Guerrero that are dedicated to crime and we are already taking care of that. are doing.” director.

President Andres Manuel Lopez Obrador assured after meeting managers of Canadian companies of electric fieldmanaged to resolve their disagreements with the federal government.

“Yesterday I was with Business men of Canada that there was some disagreement between them, now that the prime minister has come Trudeau They asked me if we looked into them and, personally, together with the economic cabinet, we attended to four Canadian companies and we solved four problems without a hitch”.

Problems with 2 of Canada’s 125 mining companies

at the end of the commemoration of 80 birthday regarding the launch of IMSS Lawin national palaceThe nominal of executive It is learned that there are two mining companies which are being extorted by groups of crime in guerrero,

“I was telling Canadians that there are 125 Canadian mining companies and we only have a problem with two, and they are right, they are taken out by groups in Guerrero that are dedicated to crime and we are already in this participating”The President assured

Tomorrow Wednesday, President lopez obrador said on behalf of MexicoThe complaint is for a company that does not pay taxes.

about the companies of energy sector said the issues were related to some power plant about the permits they were given “self-supply”Which is illegal as per law.

He said that one company also bought shares from another italian company And they started partnering with other Mexican companies. but this, “It’s not self-supply because they don’t generate energy for Canadian companies that have permits, but they simulate”,