In his absence, the President andres manuel lopez obrador recorded a video in which he called on community members from Latin American and Caribbean states (celac) to issue a joint statement demanding the release of former President Peru, pedro castilloSince what he described as “infamy” he has been ousted as president and is currently under detention

In a video message, on the occasion of the Seventh Summit meeting of CELAC, which is being held in ArgentinaLópez Obrador pointed out that this joint communiqué should also demand that the repression of the population of that country cease and that fair and free elections be held

“We must not leave the brothers of Peru alone. What they did to Pedro Castillo and the way they are oppressing the people was a disgrace. We must jointly sign a communique demanding that That the repression cease, that dialogue be opened, that it is the people who decide in a democracy, that is, clean, free elections on Peru’s destiny.

“No to authoritarianism and freedom for Pedro Castillo, because he is unjustly imprisoned,” the president said.

Read also: Mexico government moves for $700 million in a lawsuit against Garcia Luna in Florida 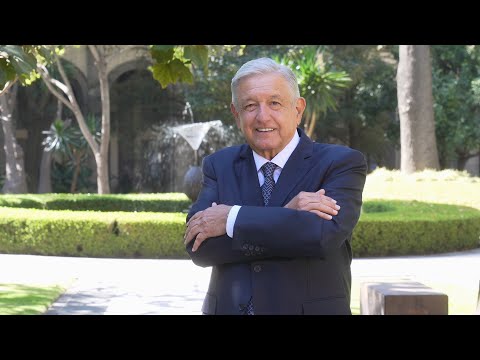 in his lectures this tuesday morning At the National Palace, López Obrador justified his absence at CELAC for work reasons and for overseeing the construction of the Maya train.
He said, ‘I have a lot of work.

even in the absence of Nicolas Maduro For CELAC, López Obrador justified the Venezuelan president and accused Argentine conservatism of preparing “a media show”: as he said john gabriel But what is needed!

López Obrador announced that Argentina’s conservatism should join with the IMF to offer amnesty for the debt.

*** With information from Alberto Morales and Eduardo Dina.