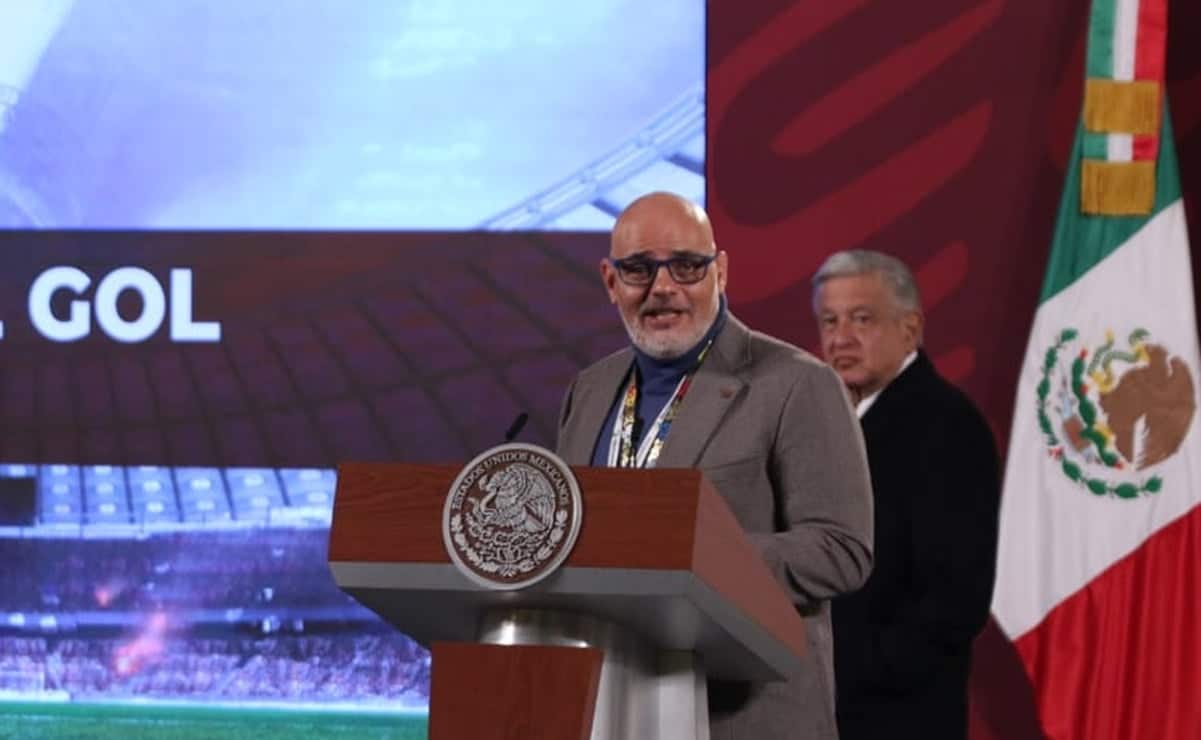 Leading nearly a thousand morning talks for the first time in four years, the President andres manuel lopez obrador let’s have a youtuber take a seat in the Treasury Hall of national palace To present a “report” on alleged acts of corruption in Mexican football.

This Friday, Amir Ibrahim, director of the “El Quintana Rue MX” portal, used the technical and human resources of the presidency to impersonate football managers, businessmen and even advisers to the National Electoral Institute.offline) being part of alleged illegal actions in the exposed “Report”: “El Cartel del Gol. Corruption in Mexican Football”.

The YouTuber confirmed that there are promoters who hire a technical director of a first division sports club that he represents himself or maintain relationships with club directors, then find players abroad at cheap prices and Resells them to those teams at a 100% premium. , 200%, 300% and up to 500%.

“I have documented this segment very well in a report I wrote in the Gol Cartel, very clear examples of this,” he declared to López Obrador.

They point to Shiro Murayama as being the “owner” of the Pumas.

In the section titled “Los Pumas are not from UNAM”, the youtuber assures that the Pumas team does not belong to UNAM, but to a private association called Club Universidad Nacional AC, based out of the country’s Maximum House of Studies and that it is composed of About businessmen, journalists and politicians, among whom he mentioned INE’s counselor Shiro Murayama.

“Most citizens believe that the Pumas are from the Autonomous University of Mexico, but no, they are actually from the Club Universidad Nacional A.C. (…) and well, one of the owners as a partner in part of Los Pumas. appears in , Imagine, this is Ciro Murayama Rendón, INE consultant”, the YouTuber mentioned before López Obrador.

The morning after he was accused of “owning” the Pumas, an INE counselor denied what the YouTuber had said.

“This morning I am being accused of being one of the owners of Puma. False,” said the electoral consultant via social networks. He explained that he is one of 450 members of AC, which is not for profit.

Later, the Presidency of the Republic broadcast via the official chat of the Presidential Source – where President López Obrador’s official documents and information from the federal government are broadcast – the YouTuber reports.