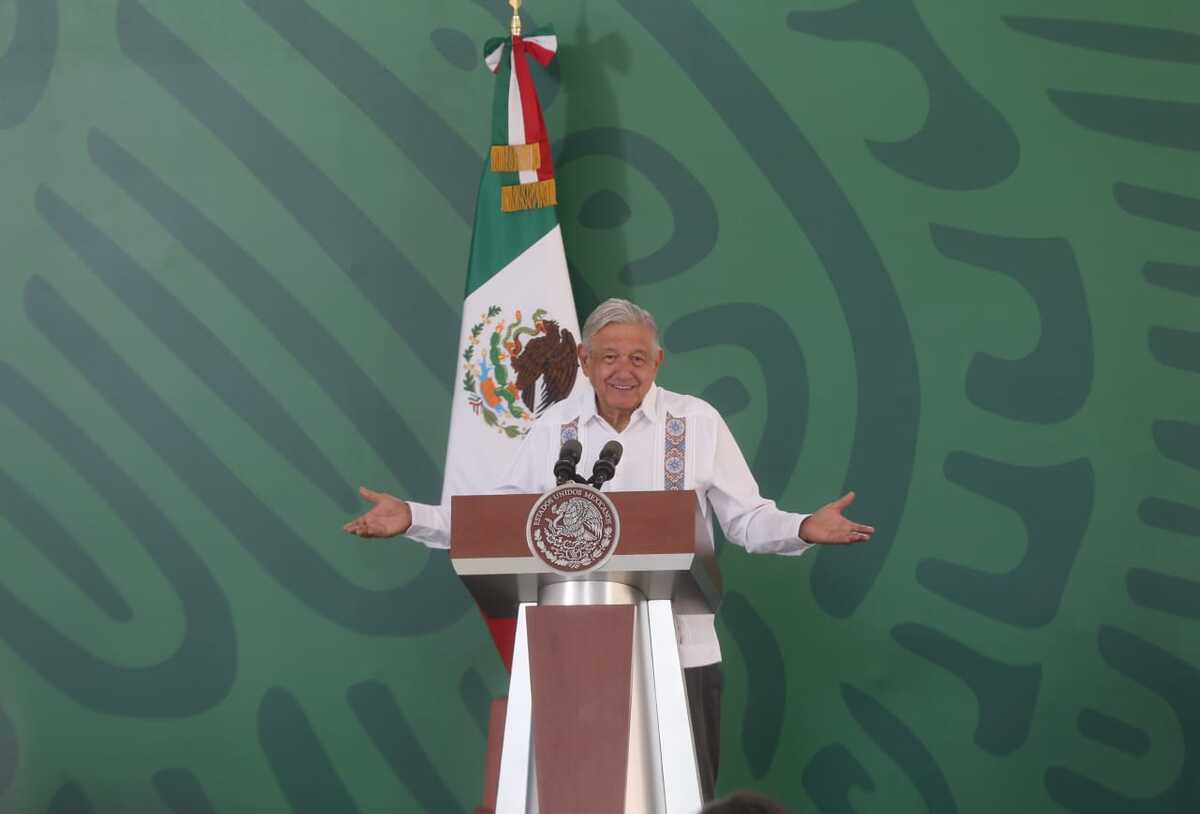 Opposing the opposition with the phrase “INE will touch itself”, President Andrés Manuel López Obrador informed that today he will send his proposal for legal reform in electoral matters, which includes compacting the institution to save resources and Shield the procedures to avoid vote buying.

From Campeche, the President assured that in his project Controlling the voter list was never considered.

“We have to fight to clean the ine of corruption, bias, we have to fight for that, Of course it is touched and it should be touched. It is also known that the majority of people in Mexico want reform, this is reflected in the polls”, he expressed.

He asked not to be surprised at the opposition’s decision to vote against the originally proposed reform, which will be voted on today, and reminded that the plan Items such as reducing party resources and ending multi-membership were considered.

However, he insisted that it was never raised The federation has the electoral roll and is not an autonomous body.

He recommended that opponents define themselves and not fool themselves, as well as publicly express that they are against social support and in favor of privatization of services for the population.

They said that Those who are against the project of the fourth change will not be able to stay with INE to commit fraud and pointed out that PAN Senator Xóchitl Galvez has spoken out in favor of removing social programs such as pensions for the elderly, which shows his concept of what the government should do.

Despite this and the campaigns he has started, he said the population has spoken out to renew the INE as per the 4T proposals, although they will not be approved as originally proposed.

During the morning conference and after receiving the President’s endorsement for his management as governor of Campeche, Leda Sanceres flattered him by considering He is “from an unknown political dimension”, a wise man and the most beloved President.

In the Seventh Military Naval Area of ​​Campeche, Sanceres thanked the President for the projects that the federation is carrying out in his unit: “We love you, Andres Manuel”.

“Andrés Manuel taught us that even at the bottom of the cenote, where true darkness resides, you can find light and I just want to tell you, Andrés Manuel, how much we recognize (…) You are a man from the other unknown Political dimension in our country and this is the reason many people do not understand; I am overwhelmed by your efforts to remove poverty.

The governor also highlighted the fact that the Maya train is being built in his unit, a task he described as “Titanic” and announced that it is seeking to set up a combined cycle plant to have gas in the unit; He said López Obrador is at the center of a movement determined to transform the country.

Despite their differences, The President assures that he has no problem with Ricardo Monreal And told that Morena’s candidature will be defined through a poll among five or ten applicants.

“Whoever comes out, female or male, which is also my brother, my sister Claudia, my brother Aden, my brother Marcelo and I have no problem with Monreal, with Norona, people will decide, not us. “

Without mentioning specific names, the Speaker reiterated that anyone who is not willing to accept the results of the poll to choose the party’s candidate should continue on their way.

President López Obrador also assured that the opposition candidates are not working to change the country or its ideals, but are signing up as candidates for the presidency in 2024 to finally have a multi-member list of representatives. can be entered. “It’s a trick”.