An airplane black box containing recordings of pilots is valid and necessary evidence whose contents must be disclosed to ensure a fair trial. 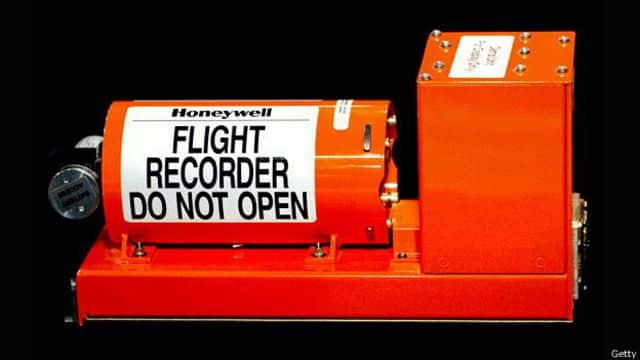 The Supreme Court of Canada dismissed an appeal filed by the Transportation Safety Board, thus confirming that an airplane cabin recording is essential evidence in a judicial process that must be disclosed in public court.

In 2015, an Air Canada plane crashed while preparing to land at Halifax Airport. Dozens of injuries have occurred in this incident. Subsequently, a group of passengers filed a collective lawsuit against the owner of the aircraft and its manufacturer, assuring that the accident was caused by the lack of maintenance of the device and the negligence of the pilots.

At the same time, an investigation by the Transportation Safety Board, the federal entity that investigates air accidents, yielded no results.

The producer, one of the defendants in the court, asked the judge in the case to authorize the publication of audio recordings contained in the plane’s black box. In his opinion, this element will be important in determining the cause of the accident. Both the airline and the board, which had the only available copy of the box, opposed this request.

He claimed that the disclosure of the black box would violate the privacy of the pilots. Furthermore, the Board noted that the requested recordings are protected by “legal privilege”. According to relevant law, this privilege includes the fact that “(…) no one may be required to produce evidence relating to the recording, unless so authorized by the court or the coroner. It also establishes that a judge or forensic doctor must examine the recording “behind closed doors”, i.e. not in front of members of the public, and to give the Board a reasonable opportunity to comment on the recording. The privilege attached to in-flight recording serves two purposes: protecting pilot privacy and promoting aviation safety.”

The trial judge granted the request and ordered that the recording be reproduced at the hearing, because “(…) it is credible, relevant, and necessary evidence to resolve the class action lawsuit. In the interest of justice.” Its importance to administration outweighs the importance of legal privilege. The Board unsuccessfully appealed this decision in the second instance as its presentation was rejected. That is why they filed an appeal to the Supreme Court.

In its concrete analysis, the Court found that “(…) the public interest informs both sides of the balance: the public has an interest in the correct administration of justice, as well as in guaranteeing the safety of transportation. The balancing model mandates that non-disclosure be enforced by default; it is up to the party seeking to present why the privilege should not be enforced as an exception to the default rule. Expert or The forensic doctor must strike a judicious balance of the interests at stake. For the legislature, the public interest includes the right of the parties to a fair trial and to produce all relevant evidence necessary”.

It states that “(…) it deals with the question whether withholding of evidence would interfere with the fact-finding process to such an extent that the right of a party to a fair trial would be curtailed and as a result, public confidence in the administration of justice would be undermined. The existence of the privilege itself shows that the legislator is prepared to subordinate the truth-finding task of a civil trial to what he regards as potentially superior values. Plaintiffs establish that bears the burden of proving that the black box may contain relevant, potential, but also essential evidence that cannot be obtained elsewhere.”

He explains that “(…) the production test is not a simple test of relevance. A court must consider not only the presence or number of gaps in the evidence, but also the significance of the gaps in relation to the facts and legal issues in dispute.” should also be considered. Other methods of filling in the gaps should also be considered, including jogging the pilots’ memories through on board reports or witness statements. Since the decision to order or reject production is discretionary , a judge’s finding deserves deference, to the extent that the due test and relevant factors were weighed and applied appropriately.

In sum, the Court concludes that “(…) in a balancing exercise, the decision maker must balance two conflicting public interests: on the one hand, the relevance, potential value and necessity of recording the fair resolution of the dispute and, on the other and, the effects of the disclosure on the privacy of the pilot and on aviation safety. After weighing the relevant factors, we hold that the judge made a discretionary decision based on the facts. Since there was no acceptable and egregious error of law or error of fact or evidence that he abused his discretion, the judge’s decision must be upheld.”

Based on the foregoing, the Court decides to dismiss the appeal and affirm the Court’s order authorizing the disclosure of the recordings contained in the black box.