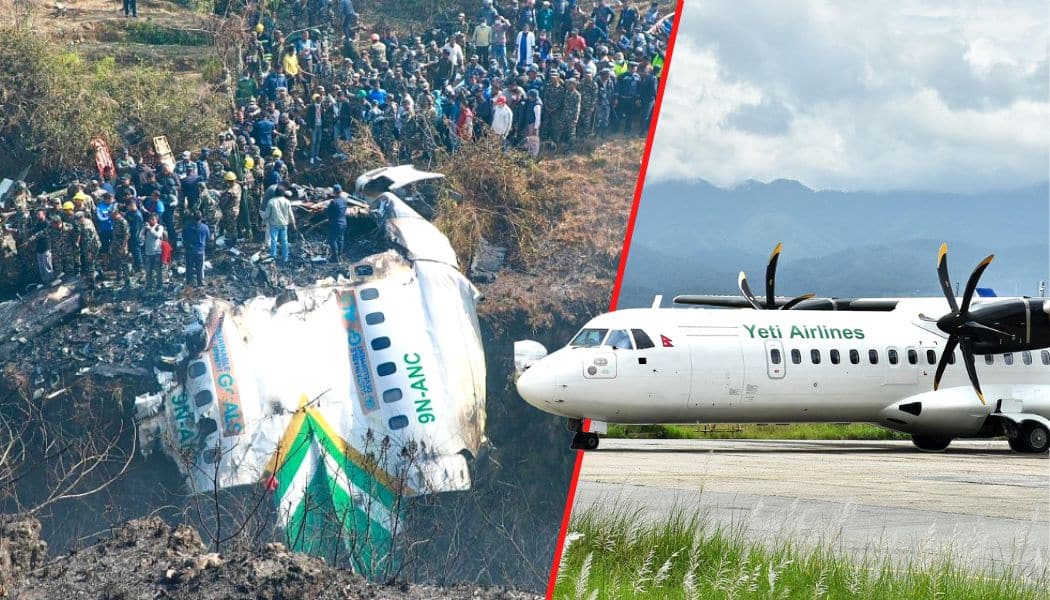 A tragedy happened for Nepal and the rest of the world aviation on Sunday. a ATR 72-500 Airline Registration Number 9N-ANC Yeti Airlines and who piloted the flight YT691moments before landing at the new airport – also for reasons unknown – hit the ground Pokhara, Nepal.

as we published at the time, 69 passengers and 4 crew members on board, including two flight attendants, a captain named Kamal KC and first officer Anju Khatiwada, are soon to be promoted as captains by the airline. The experience inside the cabin cannot be questioned.

This 16 January, 24 hours after the accident, it was reported that the data and voice recorders (FDR and CVR respectively) had been recovered for analysis, where the Civil Aviation Authority of Nepal (CAAN), manufacturer of the aircraft, ATR regional airliner and Probably makers of Pratt & Whitney engines.

The scene of the impact was contaminated by local people who took parts of the aircraft, others removed them from the site, meaning it took a long time to be able to determine through the final report the cause of the accident. Must be retro. though the location of cockpit voice recorder (CVR) and flight data recorder (FDR), will be important pieces.

Plus two videos, exclusively revealing some of the circumstances of the accident. The first can capture the last seconds of the aircraft before a local impact from the ground, where it is known that there is no engine failure (at least apparent), weather conditions are favorable (VMC and/or visual) and The aircraft is flying with a “slow” attitude, very low and stalled, which is caused by spin due to the left turn.

In another video, which was broadcast by a passenger facebook live, the last few seconds before impact are also shown. It is important to mention for this analysis that Pokhara airport in Nepal has been operational for a few days now. It can be seen in the same video that ATR 72 is flying over the runway of the old airport during the approach. Perhaps this would have caused confusion for the pilots going the wrong way to the “old” airport and realizing too late that their approach procedure was wrong. Although nothing is certain yet. But there will be things that will definitely be probed.

On February 4, 2015 a ATR 72-600 registration B-2286 of the company TransAsia Airways Lost control during ascent, impacting against the waters of the Keelung River in Taiwan. If we look at the video of this crash that flight 235 was doing, it is very similar to the flight attitude of the Yeti Airlines ATR 72-500.

The 2015 crash in the TransAsia ATR was caused by an engine failure (right), which was detected by the on-board computer and engine idling. Therefore, the TransAsia ATR’s right engine stops producing thrust and they now rely on the left engine. 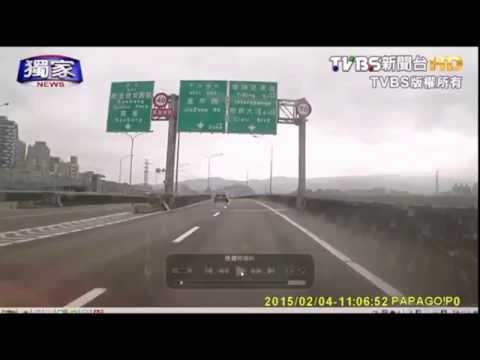 The Captain in command deactivates the autopilot and decides to throttle Engine 1; The commander reduced engine power to idle. Neither of the ATR’s engines is providing thrust and the aircraft begins to lose airspeed and lift. In parallel, the captain decides to turn back towards the airport of origin.

En route to Songshan Airport, the commander shuts down Engine 1 and the stall alert activates. The ATR begins to drop and the TranAsia Captain realizes that he has slowed down the wrong engine. The aircraft – barely 10 months old – hit a bridge with half of its left wing and plunged into the Keelung River. In these accidents, the attitude of both the aircraft is very similar and at the same turn.

according to data from airfleetsThe ATR 72-500 (serial number 754), was built 15.5 years ago and made its first flight on 1 August 2007 under the French test registration F-WWEO. It is powered by two Pratt & Whitney Canada PW127F engines, and has a single-class 68-seat configuration.

On 17 August 2007, it was given to Kingfisher Airlines under a lease agreement under the registration VT-KAJ. In the year 2012, it was shut down and operations for this airline were stopped.

A year later, it was leased to the airline Nok Air under the registration HS-DRD and operated with the company for about 5 years. turbo leasing, By the year 2018, it was again put on the ground.

In 2019, under the registration 9N-ANC, it was taken over by Yeti Airlines and was operated by Nepali Airlines until the accident on January 15, 2023.

The Civil Aviation Authority of Nepal, which has already recovered the data and voice recorders, should begin decoding the information contained, which is information on communications inside the cockpit and control tower, as well as important data from the aircraft such as engine information. Will give Statuses, alarms, faults, power, speed, altitude, and other data and based on that you can get a better view of what happened.

Nepal And as we wrote in the early morning hours of last Sunday, January 15, it is worth remembering that in the last update of its security list, the European Union banned all Nepalese airlines from its territory, because they had is a bad situation. Security culture and it is a deficient country in this regard.

The incident of flight YT691 occurs 3 years after the runway excursion of flight YT422, also operated by Yeti Airlines, and only 7 months after the crash of Tara Air DHC-6-300 (also a Nepali airline) in which 22 people died. People were killed. ,

Let’s wait for the first preliminary report which should be published 30 days after the accident.