An engineer’s browser ‘Grave’ for Internet Explorer is going viral 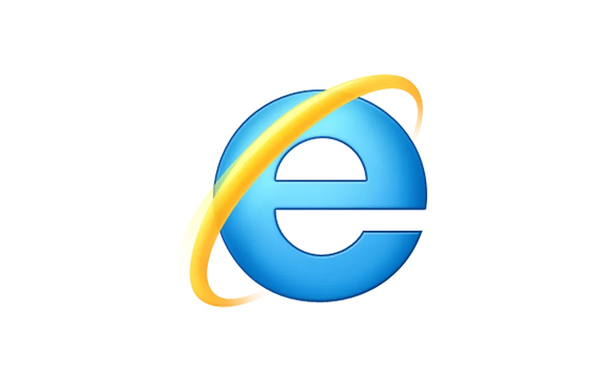 A South Korean engineer who built a grave for Internet Explorer – photos of which quickly went viral – told AFP on Friday that the now-defunct Web browser had made his life miserable.

South Korea, which has some of the fastest average internet speeds in the world, oddly stuck to Microsoft’s Internet Explorer, which the company retired earlier this week after 27 years.

In honor of the browser’s “death”, a gravestone marked with his signature “E” logo was installed on the roof of a cafe in the southern city of Gyeongju, South Korea, by 38-year-old engineer Keong Jung.

“That was a good tool to use for downloading other browsers,” the gravestone inscription reads. Images of Jung’s mocking tomb quickly spread online, with users of the social media site Reddit upvoting it thousands of times.

Once dominating the world, Internet Explorer was widely discredited in recent years due to its slowness and glitches.

But in South Korea, it was mandatory for online banking and shopping until about 2014, as all such online activities required sites to use ActiveX – a plugin created by Microsoft.

Local reports said it remained the default browser for many government sites in Seoul until recently.

According to a report by Mile Economic Daily, the websites of Korea Water Resources Corporation and Korea Expressway Corporation only work properly in IE until at least June 10.

As a software engineer and web developer, Jung told AFP he constantly “suffered” at work because of compatibility issues associated with the now-defunct browser.

“In South Korea, when you’re doing web development work, there was always an expectation that it should look good in Internet Explorer instead of Chrome,” he said.

Websites that look good in other browsers, such as Safari or Chrome, can look horribly wrong in IE, often forcing them to spend many extra hours working to ensure compatibility. Jung said he was “very happy” with IE’s retirement.

But he also said that he feels genuinely nostalgic and passionate about the browser’s demise, as he remembers its heyday – a reason he was inspired to erect the tombstone.

He quoted Japanese animator Hayao Miyazaki: “People are often relieved that machines don’t have souls, but we as humans really give them our hearts,” Jung told AFP, explaining his feelings for Ie. told.

He said he was pleased with the reaction to his funny grave and that he and his brother – who owns the cafe – planned to leave the monument on the roof in Gyeongju indefinitely. “It’s so exciting to make others laugh,” he said.