An English actor stranded on a riverbank 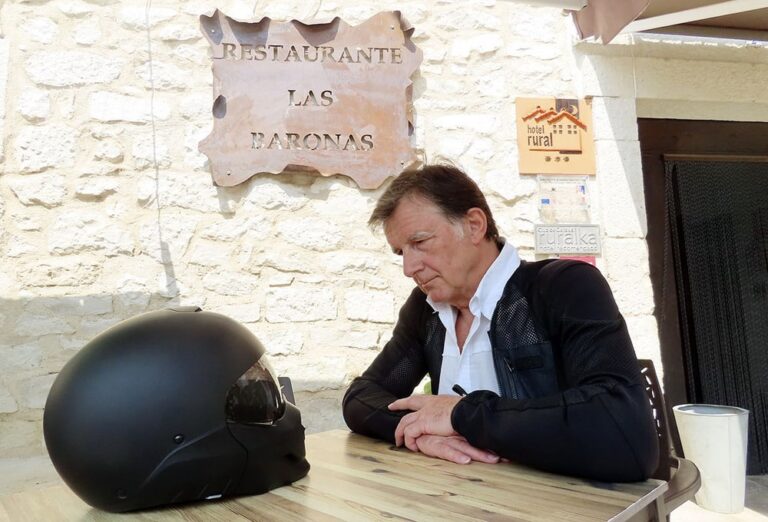 He left the English city of Lancashire on 14 June to visit Germany, France, Spain, Italy and Switzerland in that order. It was the travel plan of Kevin Winkley, an English supporting actor, “extra” he specifies, who is unable to relocate from the city of Santa Cruz de la Salceda for five days. The Reason? Winkle explains it casually: “I went from Nerja to Torrenueva, went to Madrid, and I opened a map (one of those I’ve always used on paper) and followed the straight line to Santa Cruz de la Salceda. found”. It is so simple, although it is true that he knew something about this riverside town. “I have an American friend whose mother is from here, although she married an American and now lives there, but her two sisters still live here,” she explains.

Bad luck wanted his traveling companion, his motorcycle, to break down on the highway and now he has no way of continuing his journey. « I’ve already spent a lot of days here they don’t tell me when they can return my motorcycle so i’m going to stop my trip right here i’m going to take a courtesy car if my bike isn’t delivered I’ll try, and I’ll take a ferry to Bilbao to return to England,” he explained resigning.

Neighbors who have come to him these days may find him familiar. This is not for less, as his face can be seen in a good number of first-class audio-visual productions. “I’ve appeared in 30 or 40 films and between 50 or 60 series, all shot in the United Kingdom,” he specifies. Attentive viewers can see him portrayed in a thousand ways: amazing lady, peaky blinders, Victoria, Fantastic Beasts and where to find them, darkest momentAnd the list is endless.

“Having spent a day here, it has turned into five days, but I am very happy,” he tries to say in Spanish with the help of a translator on his mobile phone, as he is one of those “travellers” ( He does not consider himself a tourist) who tries to speak in the language of the country where he is. “I know some French and Spanish,” he says with a gesture that betrays the irony in his words.

“This week we’ve had a lot of fun with my American friend’s family,” he admits, although his daily routine is more like a contemplative life: “Coffee with milk, rest, cane, rest, food, rest, . ..”, list your activities. “As long as I’ve been here I’m resting, it’s a God’s grace to stand here for a few days without transportation,” he reads in his translator with a big smile on his lips. After these days in a riverside town, it’s already clear to her what she likes most about it. “First of all, the relaxed atmosphere that is in the city, or should I say first Nuria Lil, and then the townspeople, although I cannot communicate with them directly, are very welcome, I already feel part of the city, “He confesses. Leaving the door open to return to learn more about the area.