An explosion near Kabul Schools has killed at least six civilians and injured 17 others. 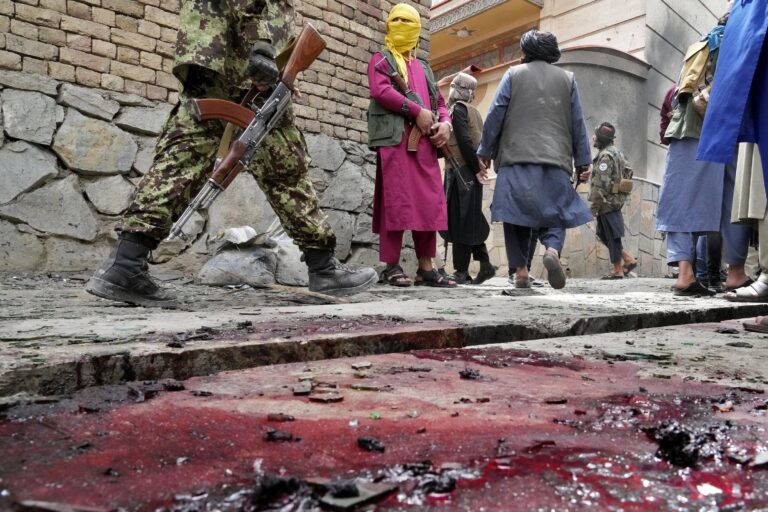 KABUL, Afghanistan ( Associated Press) – At least six people, including students, have been killed and 17 others injured in a series of bomb blasts in Afghanistan’s Shiite capital, Kabul, police say.

Kabul police spokesman Khalid Zadran and the city’s emergency hospital said a series of explosions were under investigation and further damage had been reported. Many of the wounded are in critical condition, and some have been treated and released.

The blasts took place several miles (miles) near Abdul Rahim Shahi High School and near the Muttaz Educational Center, both in Shiite Muslim-majority Dasht-Barchi. No casualties were reported at the Muttaz Center.

Guards say 10 people were injured on the narrow road leading to the two-story high school. At the school, an Associated Press video reporter saw blood-soaked, burnt notebooks and children’s shoes on the walls.

The API contacted several security guards in the area, but they did not want to be named for fear that the Taliban would surround the area.

Witnesses say a suicide bomber blew himself up in a large compound that could hold up to 1,000 students. It was not immediately clear how many children were at the school at the time of the blast.

The school is educating students up to sixth grade after the Taliban in Afghanistan promised to allow all girls to attend school.

No one immediately took responsibility. The area has previously been targeted by an ally of the murderous Islamic State of Afghanistan, which has accused Shiite Muslims of being heretical.

The Children’s Aid Organization in Afghanistan strongly condemned the attack and said: “No school should be intentionally targeted, and no child should be physically injured while going to school.” ”

The Islamic State, also known as IS or K, has previously targeted schools in the Shi’ite Dasht-e-Barchi area of ​​Korasan province. More than 60 children, most of them girls, were killed when two bombs exploded outside their school in the Taliban stronghold of Kabul in May last year, and in the Dasht e-Barchi neighborhood.

Last August, when the United States ended its 20-year war, ISIS presented its biggest security challenge to the Taliban.