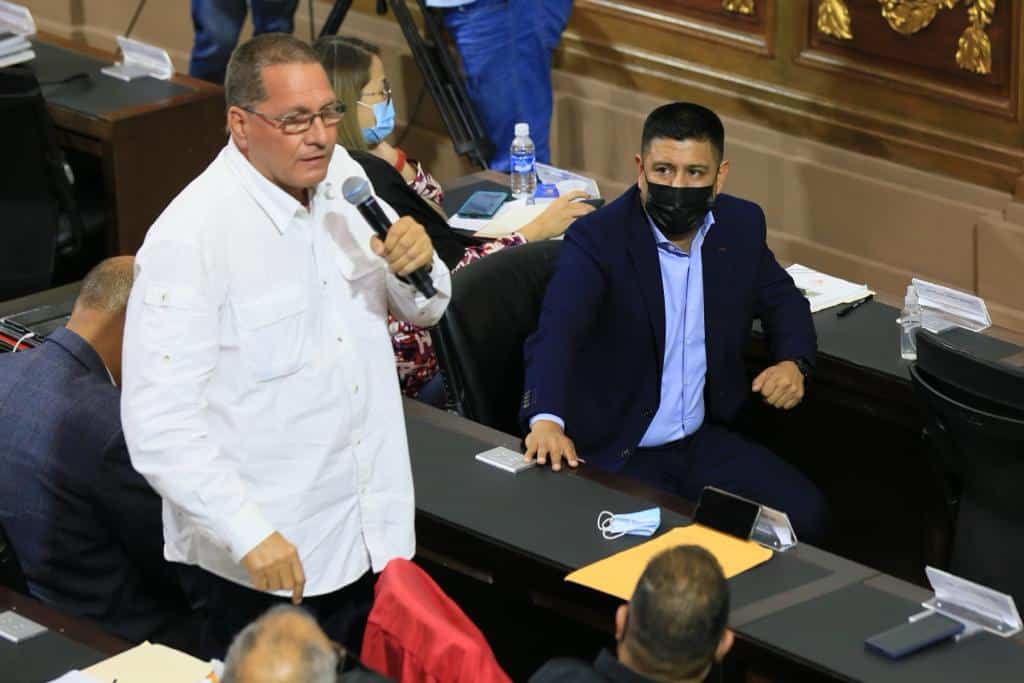 The head of Venezuela’s parliament, Jorge Rodriguez, proposed this Tuesday that a decision taken next Thursday, August 4, be debated from the United Kingdom, where he announced last week that Venezuelan gold would continue.

Deputy Jesus Faria took the right to speak and was the one who made the request, rejecting the action of the US government for the blockade of gold, Venezuela’s resource in the banks of London. “We will continue to fight to protect our resources!” They said.

“No one here can doubt that it is the Bolivarian Revolution, with President Nicolas Maduro, that has guaranteed the stability and sovereignty of the Venezuelan people,” Faria said.

“No other government would have been able to keep the peace under the circumstances under which the Empire subjected our people,” he said.

In this regard, he highlighted the work done by the national government to guarantee the country’s peace and sovereignty, despite attacks against the country’s stability.

“No one can doubt here that it has been the Bolivarian Revolution, which has guaranteed the sovereignty of the motherland, that we cannot doubt the slightest because of what has happened. There is a political responsibility which we have to give to our country. To clarify, there was involvement of political actors and not especially those who work as puppets even today,” the MP said.

In this sense, he referred to the economic, financial and commercial blockade that Venezuela is suffering, which has prevented the country from receiving billions of dollars to serve the people.

So did the deputy, Jose Brito, who sought justice for all who have requested sanctions and theft of Venezuelan resources.

Last week, British justice denied the Venezuelan state’s request for access to the republic’s gold reserves held at the Bank of England since 2019.

Judge Sarah Cockerill of the High Court of London determined that she did not recognize the resolutions of the Supreme Court of Venezuela (TSJ), which declared the BCV’s designation of an ‘ad-hoc directive’ to be void, appointed by the BCV. Former opposition deputy Juan Guaidó, alleging that there is no legal basis for doing so in the United Kingdom, refers to a note from RT.