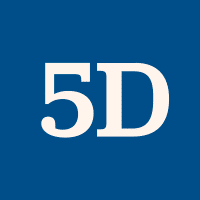 Back in December 2021, Christine Lagarde, the chair of the ECB, insisted that she would not raise rates in 2022 despite other central banks’ turn to inflation. The president at the time was confident that during 2022, energy prices would stabilize: nothing could be further from the truth.

Thus, a few weeks ago, the ECB announced the first increase in interest rates in the last 11 years, which puts them at 0.50%, the highest in the last 22 years. Further increase is expected this year.

Let’s remember that the main objective of the ECB is to keep inflation around 2%. For the past several years, the bank has kept rates close to zero and even below that to try to bring inflation closer to that target. Despite this, monetary policy did not fructify during that period and inflation barely touched the desired level. And that’s despite Mario Draghi’s famous phrase, which Lagarde made up his own: “whatever it takes” (whatever it takes).

Well, the president seems to have forgotten that mythical idiom when it comes to raising rates. In December they denied the increase and by July, nothing. It is true that the increase of 0.50% is the highest in the last 22 years, but it is late and it is rare. Raising rates is considered a means of reducing domestic demand and lowering prices. But with inflation level close to double digits, 0.50% is not going to be achieved.

While Europe thinks about it, the world’s major economies are moving at a different pace. In the US, the Fed is heading for its third rise in 2022, in England they have raised five since December 2021, four in Canada so far this year and three in China.

It is clear that the ECB wants to avoid sudden shocks in its already battered economy and entering recession. But you can’t deny the reality and you have to hold the bull by the horns. It is also true that the economic health of Europe is very different from that of other regions such as the US. While in Europe we are still trying to get out of the crisis caused by Covid, indicators in the US show improvement, enjoying full employment, for example, with an unemployment rate of 3.6%. It is projected that, due to the increase in rates, the rate will be in an encouraging environment of 4% in 2024. The unemployment rate in Europe is 7.6%, while in Spain it is 13.1%.

The truth is that the ECB’s lack of aggression also has some positive effect, I don’t know, more because of improvisation than strategy. The interest differential with the US weakens the euro and thus makes our exports more competitive. But an exchange rate close to parity also has a negative effect, as it makes our purchases in dollars, mainly oil and other raw materials, more expensive, along with its negative effect on inflation.

The fall in inflation is likely to come more from the supply side than from the demand side. The month of July shows the worst figures of the year in the manufacturing sector. Industry is at a standstill and prices of key raw materials are falling sharply. Similarly, the employment figures for the month of July have also started weakening. Furthermore, until the geopolitical conflict ends, energy and oil prices will continue to skyrocket, and this could take years.

With this scenario, it smells like an early recession in Europe, and it won’t be because of interest rates.

They say Lagarde applies her coach’s phrase to her own life, when she was part of the French Olympic synchronized swimming team: “Bear the pain and don’t forget to smile.”

Smiling is all right, but I would say please give us a painkiller in the form of more aggressive monetary policy, so that we don’t have to suffer too much.

Even before the tapping: celebrities toast to the Oktoberfest at Tiffany’s

Record inflation in Britain: strike on an island

Google is being sued for $25,000 million for misuse of digital advertising

Spain doubled its imports of Russian gas in August, reducing them by a quarter from Algeria