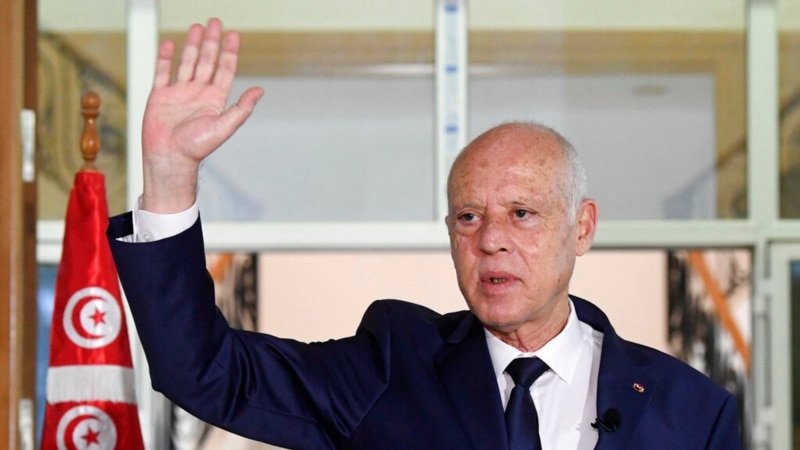 Political analysts say Tunisian President Kais Saied risks sending the nation back to pre-revolutionary times of “strong” rule in a quest for more power than ever.

On Wednesday, Syed announced changes regarding the upcoming assembly elections. Tunisians will now vote in individuals rather than by lists in a two-round voting. He also indicated there would be changes to the Independent Election Commission, which he said would oversee the election, but not with its “current structure”.

In late March, 64-year-old Syed dissolved parliament after legislators disregarded his warnings and blocked the emergency powers he had given himself to hold the executive and judiciary, in a coup d’état. A move that has been criticized. Syed’s government called the parliamentary session “illegal” and said it would launch an investigation into those who attended.

Analysts question whether any group has been able to back down against Saeed’s power grab.

“It is difficult to pinpoint any one group with the necessary means and support to challenge Saeed,” said Emiliano Alessandri of the Middle East Institute in Washington. He said it also included opposition parties, which he said were suffering from a lack of legitimacy stemming from what he called questionable conduct in recent years.

But, he said, the overall political climate could give a public backlash to Saeed.

“In my view, no political initiative will create pressure, but when ordinary citizens see that some of their basic needs – including a better economy and accessible prices – are unattainable even in the context of the new curriculum. When that happens – and in It won’t take much time – the now disgraced actor will be able to gather fresh new support,” he told VOA.

Last July, poverty, corruption and public anger over its handling of the pandemic led to mass protests in this North African nation. Subsequently, Syed suspended parliament and removed his prime minister and other officials, granting himself extraordinary powers.

In a Facebook post on 30 March, Saeed said his decision to dissolve parliament was “to protect the government, the institution and the Tunisian people.”

Ayman Zagdoudi at the Institute of Press and Informatics in the Tunisian capital Tunis told VOA that the Tunisian president’s unilateral posture was that of an ‘autocratic leader’.

“Media freedom is being curtailed, freedom of peaceful assembly is being restricted, and civilian space is narrowing. We have seen bloggers, lawyers in prison, and those prosecuted by military courts, And prosecuting civilians before military justice is one of the symbols of dictatorship.”

Syed has fixed December 17 as the date for the assembly elections. Zagdaudi said that according to the country’s constitution, mid-term elections must be held within 45 to 90 days, noting that it is illegal for Syed to observe the election date for more than seven months from now.

“It means he” [Saied] Won’t respect the Constitution, but he will follow his own path,” said Zagdaudi.

Ahead of that parliamentary election, a constitutional referendum would be held in Tunisia on 25 July. Zagdoudi said that about 70% of Tunisians stand with the president. “This is where it gets its legitimacy,” said the analyst.

According to Zagdaudi, events in other countries have made Tunisians wary of foreign interference. He said Syed thrives on these sentiments to adopt any unilateral decision despite opposition from the leading political and economic elite.

He added that “to build a solid democracy for the future, we must have an honest national dialogue involving all political forces in Tunisia to agree on badly needed economic, political and social reforms.”

This story originated in VOA’s English to Africa service.