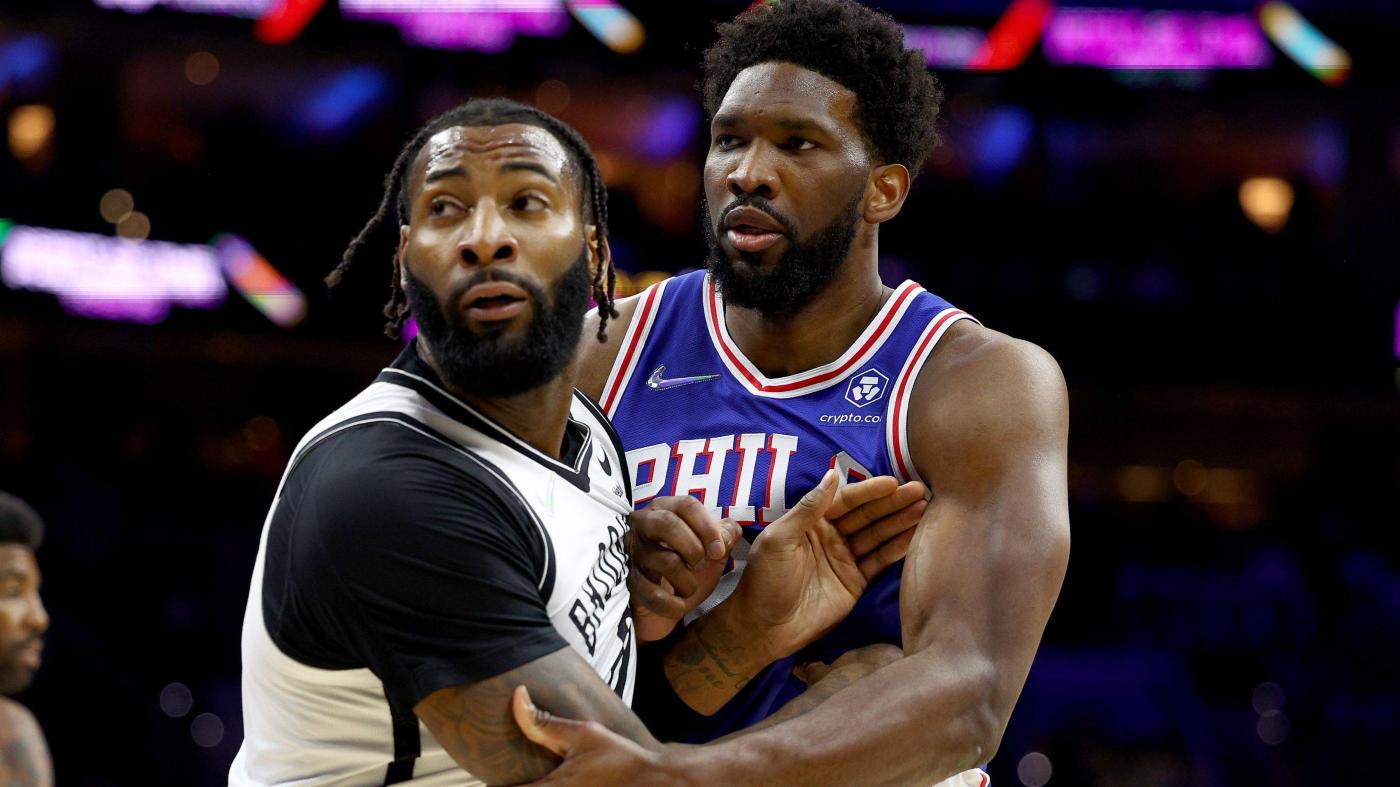 Death, taxes and championship contenders struggling to retain their own free agents.

Those are the three certainties of life for the Brooklyn Nets, who own the NBA’s second largest payroll ($166 million, trailing only the Golden State Warriors), especially when you consider how top-heavy the Nets’ payroll is.

Drummond signed a veteran’s minimum deal with the Philadelphia 76ers prior to his midseason trade to Brooklyn, but he is only two seasons removed from a one-year, $16.4 million deal with the Detroit Pistons.

Prior to that deal, he signed a five-year, $127 million deal.

In fact, Drummond suggested the Nets would have been foolish to move Nick Claxton at the trade deadline because he sees Claxton as potentially Brooklyn’s center of the future. Drummond also suggested flat-out that his own future is more than likely not with the Nets beyond this season.

“And if we’re all being honest, I’m only here til the rest of the season,” he said when discussing Claxton. “So who knows what’s gonna happen in the offseason? So they need a guy like (Nic).”

Drummond knows that because he’s about his money: The NBA’s collective bargaining agreement restricts the Nets from further exceeding the salary cap to retain him. The most they can offer is 120% of his current minimum salary, or the full taxpayer mid-level exception of just under $6 million. Those figures, in Drummond’s likely estimation, are not enough for a player averaging a double-double, 11 points and 9.6 rebounds per game, since his trade to Brooklyn.

The Nets have a number of players in a similar position: Goran Dragic earned $116 million since 2015 before signing with the Nets at veteran’s minimum after the All-Star break. Bruce Brown has already re-signed in Brooklyn for the $4.7 million qualifying offer, but he will undoubtedly have more compelling offers elsewhere after a second consecutive breakout season. LaMarcus Aldridge is on his second consecutive minimum deal after earning more than $20 million annually since 2015.

And of course, the Nets are going to have to pay Claxton, who will become a restricted free agent this summer at the conclusion of the third year of his rookie deal.

“I think that we need him,” Drummond said of Claxton. “We need him. I think he’s very, very beneficial for this team. He’s young still, a guy that can come in and help, can start, come off the bench. He can do a little bit of everything. With a guy like that that’s so versatile, why would you trade somebody like that?”

Not all players take a pay cut to sign with a championship contender, either, especially not young players who haven’t yet seen a significant offer in free agency. In an example that hit close to home last summer, the Nets couldn’t afford to retain veteran forward Jeff Green, who left Brooklyn to sign a two-year, $10 million deal with the Denver Nuggets. In an effort to replace Green, the Nets signed past-his-prime All-Star and ex-Nuggets forward Paul Millsap. Millsap was ineffective in his limited play time before the Nets heaped him into the James Harden deal.

Blake Griffin and James Johnson are two other players who will become unrestricted free agents at the end of this season. Patty Mills could also become a free agent if he declines the player’s option on his contract to field other offers.

At first glance, Mills seems like a lock to stay in Brooklyn next season given his ties to Nets GM Sean Marks and Australian teammates Kyrie Irving and Ben Simmons. But then again, when the money calls, everyone listens.

And if the money calls, the Nets will be incapable of answering.