Angela Alvarez: “We should not think that something is impossible” 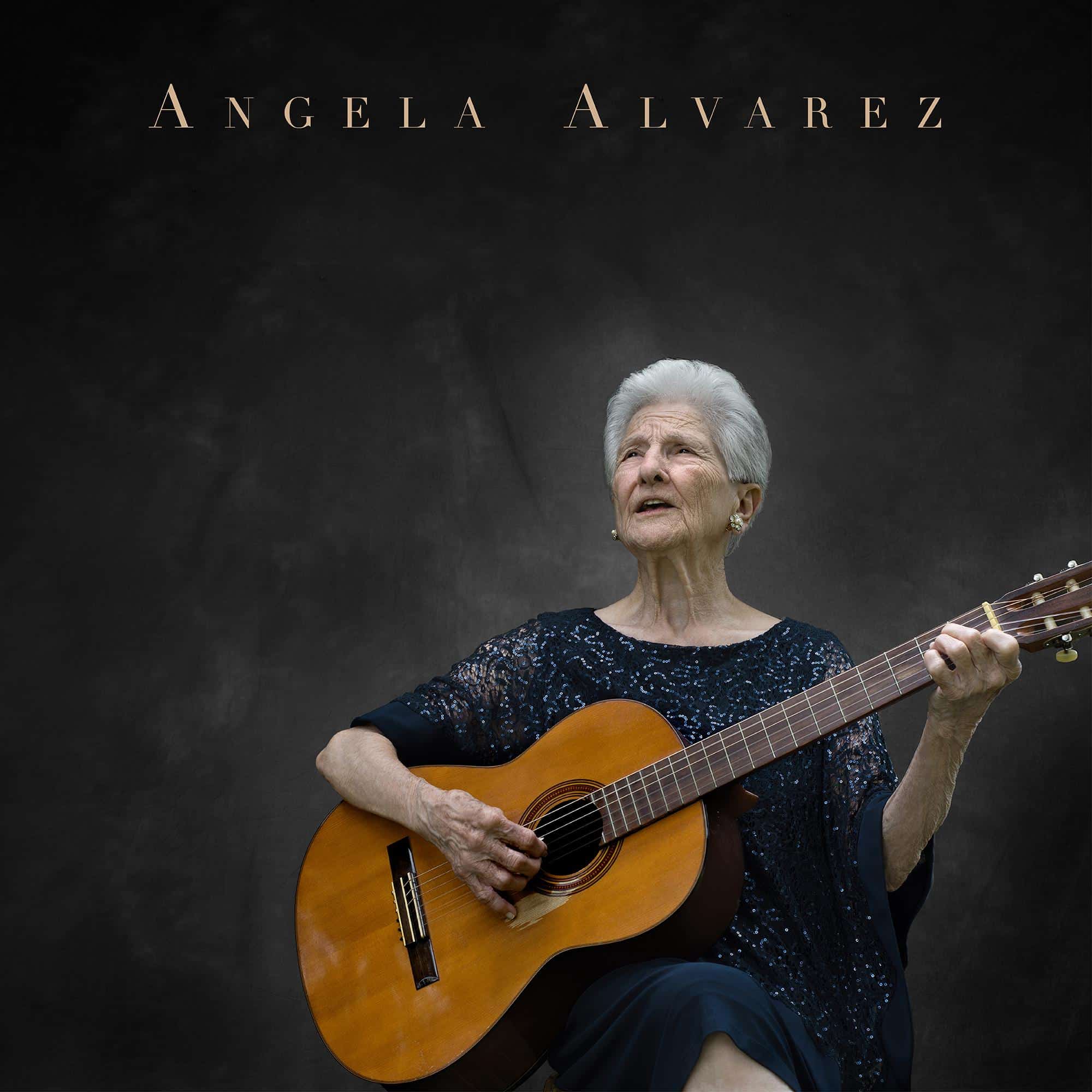 MEXICO CITY ( Associated Press) – Latin Grammy nominee for Best New Artist Angela Alvarez has a message for those who have a dream to make it come true: Don’t think it’s impossible. At the age of 95, Álvarez is competing for a golden gramophone for his debut album, which he had been composing since his teens and which he wanted to perform publicly.

Alvarez’s nomination shows that it is never too late for the Latin Grammys, which will be handed out in Las Vegas on Thursday, and that all new artists have an equal opportunity, regardless of age or musical genre.

Being able to listen to the album “Angela Alvarez” is a whole series of good events. Not all women in her time dared to play the guitar, she learned in an unexpected place: a boarding school for nuns where she attended. Her father wanted her to learn to play the piano because he said “the piano is a very beautiful ornament for a woman,” he said. So the first instrument he played was the piano. until she met a guitar teacher at boarding school and fell in love with the instrument.

“I wrote a letter to my dad saying I wanted to learn guitar, and he wrote yes and I started playing guitar and it fascinated me,” he told The Associated Press by video call from Baton Rouge, Louisiana. recalled in the interview. Where does he live? “There were all the parties and gatherings at school, I was the guitar player.”

The other good thing was that her late husband supported her not to give up music, as Alvarez’s father was opposed to making it a profession.

“My husband really liked me singing,” she said. “He traveled a lot for his work, he worked in the sugar industry, we went to El Salvador, Guatemala, Costa Rica a lot, all those countries he said I play guitar and I love to sing and he told me ‘ Sing’ and I sang. I love seeing how people in other countries like it, who like my music.

“My love was sleeping there to make my dream come true, but it was slowly waking up,” he said.

A guy even heard it in El Salvador and wanted them to record a song in his studio. But nothing else happened.

After the Cuban Revolution, Alvarez decided to emigrate to the United States in 1962 with his family. Little did he know that this would separate him from his four children for years. Cuban immigration officials did not authorize their departure from the country with them and their children were welcomed as part of “Operation Peter Pan”, a maneuver by the United States government with the support of the Catholic Church, for which approximately 14,000 children in the United States and Spain alone were taken to Cuba by adults. Although Alvarez managed to reach American territory, he did not have the means to claim his children, so they lived in an orphanage where he could only visit them.

Alvarez said, “It was a very strong thing because I never really thought about sending them out alone.”

It took years for the whole family to get back together and they had to move temporarily to Mexico, where they finally met Alvarez’s husband. Alvarez had three sons and a daughter, who died 20 years earlier. He currently has nine grandchildren and 14 great-grandchildren.

He said, “I admire him…I love him just the way he is.”

Although she did not practice her career professionally during all those years, she continued to compose and write her own songs, many of which reflect her longing for Cuba, such as “Que Linda Es”. His album also includes “Amor”, a song he wrote when he was about 15 years old. Another, “Pedacito de Cielo”, was composed when he briefly lived in Puerto Rico, an island that reminded him of his beloved Cuba.

“It’s all with the months, years and days that I composed the songs,” he said. “I felt very happy in Puerto Rico because it felt like I was in Cuba… I saw mango trees and coconut trees and I made a song in Puerto Rico that inspired me.”

Alvarez still writes, one of his most recent creations originated after preparing an espresso coffee in the morning, watching the birds being fed, the blue sky and the green of the trees.

The only thing the world needed to know about his music was someone to produce his album, and that person was closer than he imagined. His grandson Carlos is a musician, studying classical and Cuban percussion and working in California composing songs for audiovisual media. Carlos had been waiting for the right moment to record Alvarez’s album for years, until a friend in Spain said to him “Are you waiting for me to die?”, he recalled.

“That was the moment that defeated me,” he said. “He told me ‘There’s never going to be a right time, you have to do it now.'”

Carlos returned to Los Angeles and called her to tell her that they would be recording their album on the West Coast.

“Oh, but Carlos, a trip from here to Los Angeles is like a trip to the moon!” Alvarez recalled telling his grandson. He reassured her by assuring her that everything was ready to produce what they at first thought would be a project for their family to enjoy with which they would preserve Alvarez’s songs for generations to come. He recorded with a dozen musicians including Carlos’ father, José Alvarez.

“For me it was the most magical experience of my music career and life,” said Carlos. “The musicians started crying, it was a crazy emotional experience.”

Grandson arranged the album with the help of Alvarez. He added instruments such as flute, clarinet, maracas, bongos and threes, mixing styles such as danzón, bolero, son and Afro-Latin touches.

The part that most impressed the musicians involved is that Alvarez’s songs sounded like classics from the golden age of Cuban music, thanks to the fact that they were set in time and that he actually lived in those years. Were.

Carlos said, “We felt we had to share this with the world, it was much bigger than a family project, because … having the courage to do it at his age was inspiring to everyone.” “That belongs to the world, we have to get it out there and share it.”

Making the album also gave Carlos a better understanding of his grandmother who always loved to talk about music and who encouraged him to choose his career.

“I think people my age should sit with older people and talk to them and ask them questions,” said the 42-year-old grandson. “He has a lot of knowledge for us.”

Alvarez said that he liked receiving applause from the public at the Avalon Theater in Los Angeles, where he gave his first official concert, presented by Andy Garcia. Alvarez also made a cameo in the film “The Father of the Bride” (“Father of the Bride”) starring Garcia and Gloria Estefan. Her story is told in the documentary “Miss Angela” by Paul Toogood and Lloyd Stanton.

To those who have a dream they do not dare to fulfill, Álvarez dedicated these words: “Never say you can’t… When you have an inspiration or feel a desire, So you have to do it and not sit and say ‘this can’t happen'”