ANRM, a new option in the fight against cancer 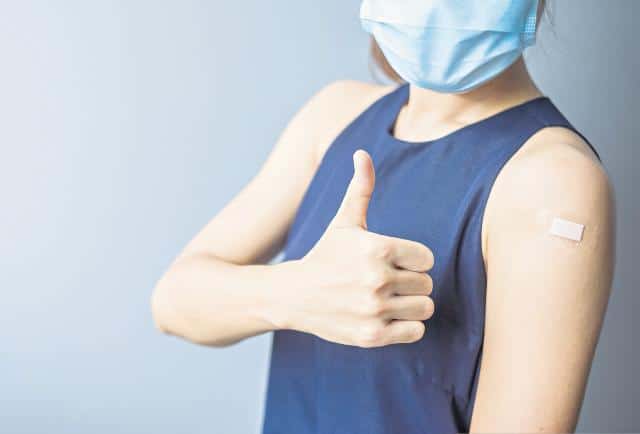 Vaccines with messenger ribonucleic acid technology may be the solution to malignant tumors, promising promising results in patients and a ray of hope for those living with the disease.

Vaccines based on messenger ribonucleic acid (mRNA) technology have proven effective during pandemics. Vaccines designed to deal with the corona virus have proved their great utility in controlling the health crisis.

With more than a decade of research on the subject, the team at BioNTech, a company dedicated to the development of active immunotherapies for serious diseases, has finally achieved a goal the scientific community has long had: to use it to treat malignant tumors. Acid messenger ribonucleic acid to counter the effects as well as prevent their presence in the human body.

After the clinical trial of the BioNTech vaccine done in 2021 ends with positive results, it is believed that mRNA technology can become a great ally in the fight against various types of cancer.

As specified in the study ‘Local delivery of mRNA-encoded cytokines promotes antitumor immunity and tumor eradication in multiple preclinical tumor models’, published by the research team in the journal Science Translational Medicine, was tested in people who had previously been Those diagnosed with cancer but in control of the disease with conventional treatments were given the vaccine to prevent the disease from recurring, while in patients with more advanced cancer, it helped them to control the disease.

how does it work?

Messenger ribonucleic acid molecules are a type of single-stranded RNA that are also involved in protein synthesis, a process that is important for maintaining proper functioning in various organs of the body.

However, its involvement in vaccines is slightly different. The mRNA is responsible for guiding other molecules to produce proteins that will serve as an immune response to the tumor and intact virus.

For example, in the COVID-19 vaccine, the mRNA within the compound is responsible for teaching other cells how to reproduce the spike protein present on the surface of SARS-CoV-2.

Only then the immune system recognizes this protein as an unknown cell and sends immune cells to produce antibodies to fight the infection.

The process of creating a stable mRNA molecule in a laboratory took at least 30 years, but Dr. According to Norbert Pardi, the production of these cells is now much faster and much easier, which allows them to be produced. On a large scale, when earlier it used to take 10 to 15 years to prepare vaccines with such technology.

That’s why Matthias Vormehr, co-director of vaccines at BioNTech, explains that agility is a side point when manufacturing cancer-fighting vaccines, because for maximum effectiveness the vaccines must be prepared weeks after a tumor biopsy has been performed. . , as this treatment is individualized and its structure depends on the diagnosis and results of the patient.

hope for the future

According to the team of scientists working on the project, it is hoped that by 2030, at least 10,000 patients with tumors will have access to an mRNA vaccine against cancer. So far, England is the only country that has registered with BioNTech to gain access to this medical solution, however, there are other countries where vaccine trials are in process.

Nevertheless, those in charge of vaccine development have noted that the United Kingdom is the perfect place to start a history for creating vaccines as well as the medical research base, which is also used by various countries to continue to treat malignancies. can be done. like other diseases.

BioNTech also noted that although the speed at which it is made has resulted in a high level of production of the vaccine, it is still accessible to health systems around the world.