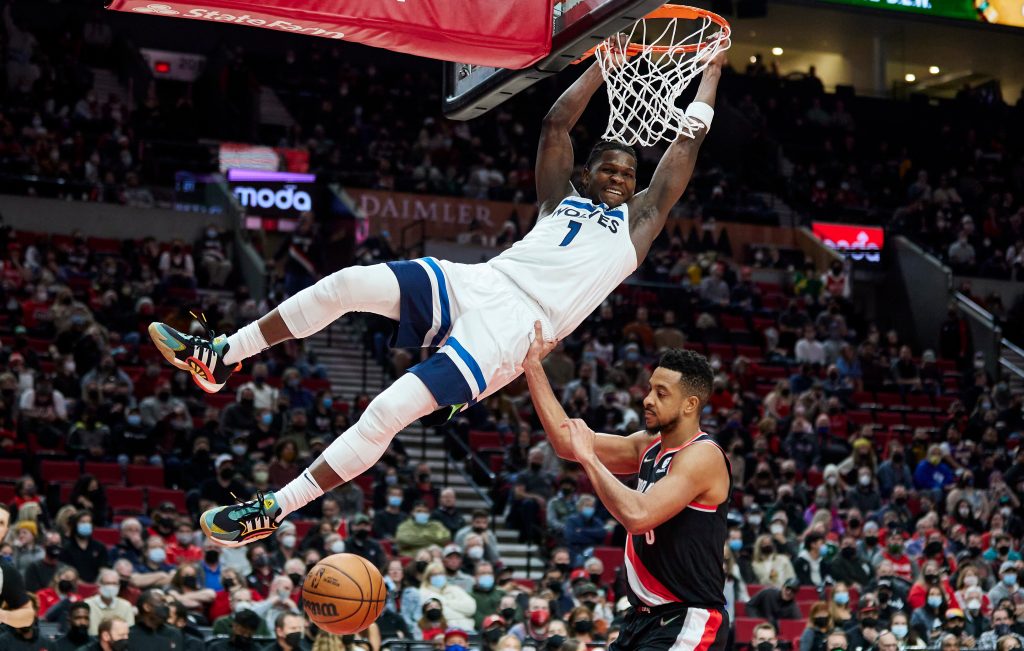 After Sunday’s win over Brooklyn, the Timberwolves spoke a lot about the balance the team had and the high number of players who could contribute to the winning cause. Two days later in Portland, it was pretty much one man carrying the entire load all by himself.

He scored 14 in the fourth quarter alone, pushing Minnesota past a Portland team that out-played the Wolves for much of the night.

How does Edwards feel in those moments?

He certainly was the Timberwolves’ savior on Tuesday. Frankly, most of his teammates forgot to show up for much of the night.

That’s not to overlook Jarred Vanderbilt, who finished with 13 points and 13 rebounds in his usual hustle-centric role, or Karl-Anthony Towns, who did a bunch of little things and provided a crucial offensive burst in the third, or D’Angelo Russell, who did have the key take to the hoop in the final seconds that drew a goaltending call that prevented the Timberwolves from succumbing to an epic late-game collapse.

But, for the most part, the Wolves were sluggish for much of the night. They didn’t defend all that well. They didn’t make shots. They failed to decipher Portland’s zone. The way 90 percent of the roster played Tuesday, Minnesota deserved to lose.

The Wolves trailed by as many as 13 on multiple occasions. But the one man who did bring it is special enough to make the difference.

“Once you see everybody struggling, it’s like something’s gotta give,” Edwards said.

It was Edwards in the first half who was providing the only defensive disruption, jumping into passing lanes to get steals that led to buckets on the other end to keep Minnesota within striking distance. In the second half, Edwards scored every big bucket, from stepback triples to strong attacks that took advantage of Portland’s lack of rim protection.

“Ant did a good job of getting us points in a lot of ways. He got them in transition, which we wanted more of from him. He got into the paint, to the rim,” Finch said. “He got to the free-throw line 11 times, which is outstanding, and then obviously he shot the ball pretty well from three. He really lifted up.”

This all just two nights after Edwards hobbled off the Target Center court late in Minnesota’s win over the Nets after knocking knees with an opponent. No matter, he still started Tuesday and played his full allotment of minutes to the fullest extent of his powers.

Edwards hobbled off the floor in Tuesday’s game, as well, after his steal and subsequent flush in the fourth quarter resulted in a cramp. He trotted back onto the court 30 seconds later. Nothing was going to prevent him from lifting the Wolves to victory.

“He’s got such a great spirit about him,” Finch said. “He’s pretty much indomitable in that way. His teammates love him, and they love him for not only how he plays, but who he is as a player because he’s genuine.”

With the win, Minnesota (24-23) moved above .500 — a barrier of sorts for the Wolves this season. It felt like it would take something special for them to finally break through and get over that hump. And that’s exactly what Edwards delivered.

Kurtenbach: Kris Bryant fits in perfectly with the dreams of the Giants World Series

Fire up the shrimp: The six-day Gilroy Garlic Festival drive-thru is underway