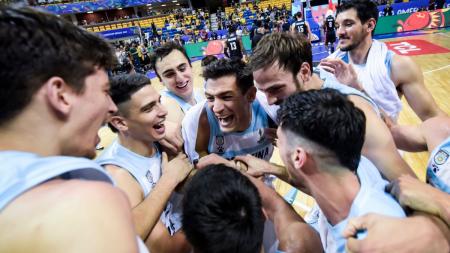 The Argentina basketball team, which seeks to qualify for the 2023 World Cup, will be local to Mar del Plata. in meetings in front of his teammates from Canada and the Dominican RepublicFor the final qualifying window, next will be played in February.

The Argentine Confederation (CAB) gave this information on Monday afternoon. The Islas Malvinas Sports Center was chosen to house Commitments that the Albiceleste team will take who guides DT Pablo Prigioni, before the world cup Indonesia-Japan-Philippines 2023

Argentina will play Canada (already qualified for the World Cup) on Thursday the 23rd and they will face the Dominican Republic on Sunday the 26th.

How nice to see each other again, Mar del Plata!

Let’s go to the classification of @FIBAWC against Canada and the Dominican Republic at the Islas Malvinas Sports Center.

The agreement was held this Monday at the Hermitage Hotel in the presence of Inés Arrondo, the sports secretary of the nation; Mario Moccia, head of the Argentine Olympic Committee; CAB Sports Director Andres Pelusi; Daniel Diaz, director of ENARD, and Victor Lacerenza, of the Mar del Plata Basketball Association, along with other leaders.

Argentina posted a 7–3 record and provisionally occupied fourth place in Group A of the second stage of the qualifying round.

Canada, with 10–0, has already secured its ticket to the Asian event, while the Dominican Republic collects 7–3 and is in third place.