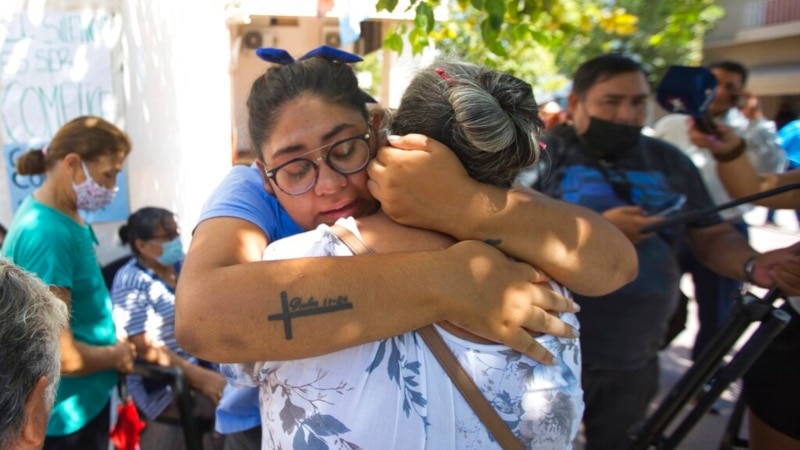 An Argentine court on Friday sentenced a Roman Catholic bishop to 4 1/2 years in prison for sexual abuse of two former seminarians in a major blow to Pope Francis, who had defended Gustavo Zanchetta following initial in.

The prosecutors’ office in the northern province of Salta reported the conviction and sentence on its Twitter account and said he had been ordered arrested.

The conviction in the pope’s homeland hits at Francis’ personal credibility since he had initially rejected allegations against Zanchetta, the former bishop of Oran, and created a job for him at the Vatican that got him out of Argentina.

Francis has defended his handling of the case, insisting that Zanchetta “defended himself well” when confronted with the firsted that he had pornographic images of the victims on his cellphone.

Francis also defended the decision to give him a job in one of the most sensitive Vatican offices, the treasury that manages the Holy See’s investments and assets, saying Zanchetta had been prescribed psychological retreats each month in Spain and it didn’t make sense for him to return to Argentina between each session.

Following the verdict, the bishop, wearing a pandemic facemask, was removed from the court in a car, though it was not clear where he was taken.

Local authorities began to investigate after the revelation emerged publicly in early 2019, when the newspaper El Tribuno de Salta reported complaints about Zanchetta’s conduct as bishop in Oran, about 1,600 kilometers northwest of Buenos Aires.

Five priests made a formal accusation before church authorities against the bishop in 2016, accusing him of authoritarianism, financial mismanagement and sexual abuse at the Saint John XXIII Seminary.

Prosecutor María Soledad Filtrín Cuezzo told the court on Thursday that investigators had established the truthfulness of witnesses against the bishop, citing their internal logic, context and precise details.

Zanchetta had flown back to his home country from Rome to face the charges. He has denied the charges and said he is victim of revenge by priests in Oran with whom he had differences.

The pope had ordered a church trial into the case, though the results of that are not known.

Anne Barrett Doyle, co-director of BishopAccounability.org, which tracks clerical abuse cases, issued a statement saying the ruling is “a sign that even where the Catholic Church wields power, civil societies increasingly will not tolerate sexual abuse of young adults by powerful figures – even if the accused is a Catholic bishop, and even if that bishop is supported by Pope Francis himself.”

While against Zanchetta emerged “in or around 2015, Pope Francis has signaled continued support for the bishop and an unwillingness to believe the victims,” ​​she said. “Most troubling, the pope refused to cooperate with prosecutors’ request for information. This is old-school clericalism, not the accountability we were promised.”

She noted that the pope reappointed Zanchetta to his Vatican post in June 2020 despite the criminal investigation in Argentina, “a public action that seemed almost defiant on Francis’ part, signaling his disregard for the and the young men who made them.”

Carlos Lombardi of the Network of Survivors of Ecclesiastical Abuse in Argentina — and a representative of victims in the case — said the sentence was “a strong blow” to the pope “because of the public defense he has made in this case.”