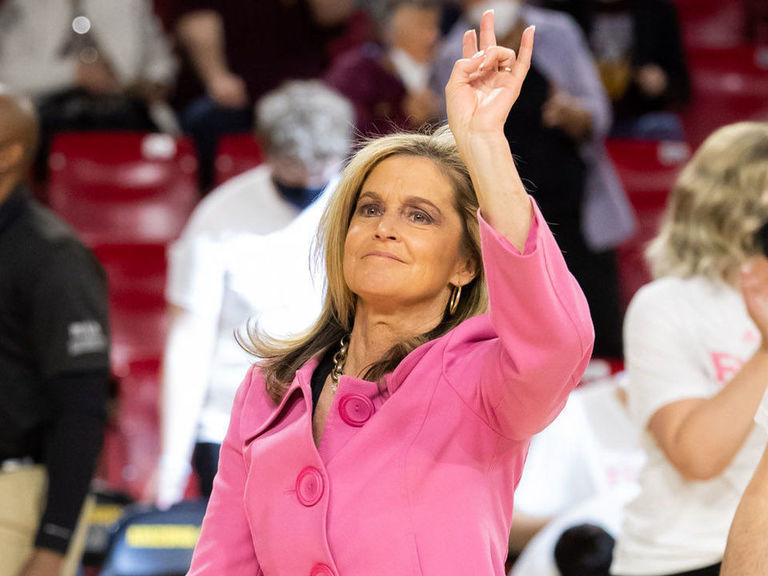 Turner Thorne announced her retirement Thursday, a day after the Sun Devils lost to Oregon State in the first round of the Pac-12 Tournament in Las Vegas.

Turner Thorne turned Arizona State into a national powerhouse after being hired in 1996. She led the Sun Devils to the NCAA Tournament 14 times, including five trips to the Sweet Sixteen and two to the Elite Eight.

The 55-year-old Turner Thorne is the winningest coach in Arizona State history and second in the Pac-12 to Stanford’s Tara VanDerveer, her former coach, with a record of 500-308.

Turner Thorne played four seasons at Stanford before embarking on a coaching career that started when she was a graduate assistant at Washington, followed by an assistant job at Santa Clara and four seasons as Northern Arizona’s head coach.

Arizona State went 20-60 in the three seasons before Turner Thorne was hired and she built the program back up, leading the Sun Devils to their first league championships in history during the regular season and Pac-10 tournament.

Arizona State had a school-record run of six straight NCAA Tournament appearances from 2014–19 and qualified for the postseason 23 times under Turner Thorne. She took a leave of absence during the 2011-12 season and led the Sun Devils to the second round of the NCAA Tournament in 2013-14.

The Sun Devils struggled with injuries this season, finishing 12-14 overall and 4-9 in Pac-12 play.