Artificial intelligence opens up a world of possibilities in agri-food 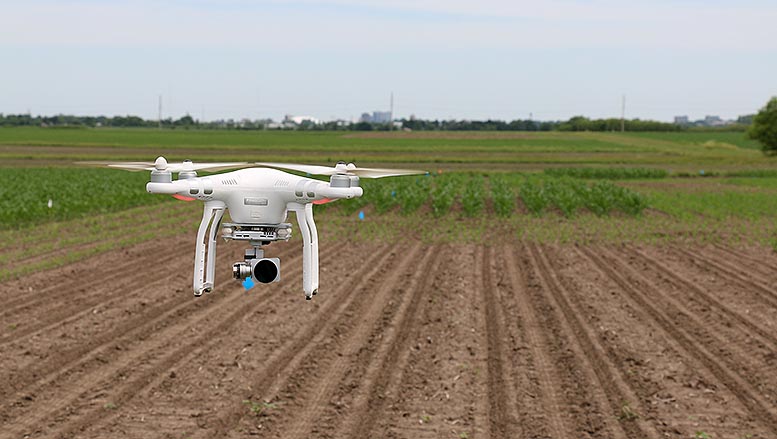 The application of artificial intelligence extends to areas such as agriculture, livestock or fishing. /file,archive

Artificial Intelligence (AI), chosen as the word of the year by the Urgent Spanish Foundation (FundéuRAE), is being used to predict harvests, improve animal welfare and guarantee sustainable fishing, among many others in the series between applications.

This relatively young scientific discipline has opened up a world of possibilities for small and medium-sized companies in the agribusiness sector, according to a recent report by the Global Alliance on Artificial Intelligence (GPAI), the G7 initiative responsible for promoting its use. Is.

The study includes practical cases that demonstrate the potential for application of AI in the primary sector and includes Spanish company Hispetech’s technology to avoid post-harvest losses.

Hispetech provides algorithms that make it possible to determine the optimal maturity of crops and solutions to control quality during logistics processes, guaranteeing contracts between agricultural producers in the US and buyers in Europe.

GPAI also echoes robots used in poultry factories, such as those made by Spanish startup Faromatix, which was acquired by multinational AGCO last year. These autonomous systems capture temperature, light, sound and air quality conditions and use artificial intelligence to identify risks to the health and welfare of animals, allowing them to react quickly.

In addition, the increasing use of Earth observation satellites is helping farmers manage a lot of information to do more optimal, accurate, sustainable and profitable work, as explained by Spanish GPAI scientist Inmaculada Martínez in an interview with Effigro. has been explained.

El Ejido’s greenhouse in Almeria, with its combination of sensors, data analysis and mobile apps, is a sample of what can be done to best apply pesticides or use water resources.

The University of Murcia, for example, is investigating the incorporation of algorithms into greenhouse climate control systems to anticipate stress conditions in crops.

Recently the European Institute of Innovation and Technology (EIT) recognized various innovative projects in water scarcity, including a device based on artificial intelligence that automates the maintenance of any mechanism or installation.

Machine learning goes beyond agriculture and is applied in other areas, such as livestock or fishing.

In its latest edition, the Sepor Livestock and Agri-Food Fair brought together experts such as veterinarian Roger Gallofre, head of innovation at the company Seva Salud Animal, who studies how humans and animals interact through neural networks and artificial intelligence. How to digitize the conversation between , Their HAI 4.0 project has succeeded in finding that whether animals are afraid of people is a sign of stress that affects animal welfare and production.

In the fishing sector, the Azati Basque Technology Center has analyzed potential applications of AI techniques, from processing biological samples to improving the energy efficiency of fishing vessels or classifying catches by species and size.

Robots in factories and kitchens

The food industry can also benefit from this advanced technology, as is to be done through the installation of robots with artificial intelligence in a light packaging waste sorting plant in the Valencian city of Picasante. This pilot project of the Alliance for the Recycling of Small Plastics (ARPP) to improve the management of plastics such as capsules, caps, lids and yogurt containers has been recognized by the Ministry of Ecological Transition and Demographic Challenges.

In restaurants, they have also joined the robotics trend, with companies using artificial intelligence in their kitchens, in home delivery or in the study of consumer preferences.