As a 12yo student, Sam was told to ‘stop’ relationship with sexually abusive teacher 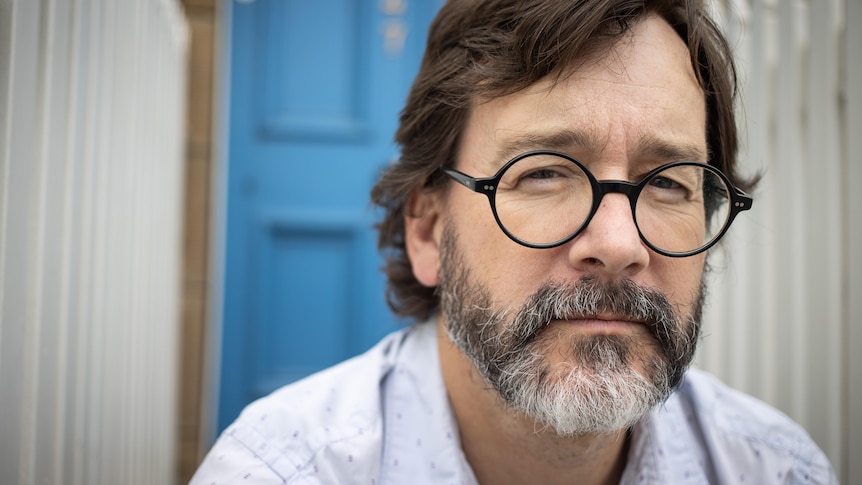 Some 36 years after he was sexually abused by one of his high school teachers, Sam Leishman stood up in a courtroom and read a statement, detailing the impact it had had on him.

CONTENT WARNING: This story contains details that may cause distress.

It was a turning point for him. No longer was he a terrified young boy who did not understand what was happening.

“I was nervous about it. I was told to bring some support along and I didn’t because I thought, ‘Oh, I’ll just throw up or start crying or wet myself or something. I’ll just make a fool of myself’, so I just went along on my own with my statement,” Mr Leishman told the Tasmanian child sexual abuse commission of inquiry on Friday.

“I remember standing up before the judge and the court… [and] I suddenly felt like the biggest person in the room.

“I felt like the biggest person in the room because I was there standing up in front of everyone, including him, speaking up for the child that I once was and I felt that that had never been done before.”

Mr Leishman was a 12-year-old student at New Town High when he was repeatedly sexually abused by a teacher he admired, Darrel George Harington, in the late 1970s.

When other boys at the school found out he was spending time with Harington, one said to him: “How did it feel to suck Harington’s cock last night?”

That was the start of bullying that left him isolated and made his high school years a misery.

“A few days later, one of the other teachers in my school took me aside, and the words effectively were, ‘I don’t know what’s going on between you and Mr Harington, but obviously something is and you need to make it stop ‘,” Mr Leishman told the commission.

“You were given the responsibility of stopping it?” Commission president Marcia Neave asked.

‘Shit, that happened to me’

He told the commission about being terrified his parents would find out, and about how Harington had gained his parents’ trust.

It was not until much later in life, however, that Mr Leishman realized that what happened to him was child sexual abuse.

He was 48 years old, feeling down about things that had been happening in his life, and, as he said he always did when he was feeling down, he thought back to what happened to him when he was 12.

,[I] blamed everything that was happening in my life now to events going all the way back to when I was 12,” he said.

On the news that night, Mr Leishman saw then-prime minister Julia Gillard give an update on the work of the national child sexual abuse royal commission.

It was a “light bulb moment” for him, Mr Leishman said, and, out of curiosity, he started reading statements on the royal commission’s website.

“I was just staggered because, by that stage, there [were] volumes and volumes and volumes of work that [the royal commission] had done, and story after story, and I started reading through them, and I thought, ‘Shit, that happened to me’,” he said.

Mr Leishman engaged with the royal commission and, during that process, he was contacted by police and he discovered that other children had also been abused by Harington.

‘Completely stymied’ in trying to get information

However, Mr Leishman’s story did not end there. He thought the state’s Education Department would want to talk to him, to understand how Harington’s abuse was able to happen. He also had questions of his own.

“I wanted to know why he was teaching at my school, what other complaints they had about him, who knew what,” he said.

He wrote to then-education minister Jeremy Rockliff in 2015, asking for a meeting, but it took two years before a meeting was arranged with the department’s deputy secretary for learning.

Mr Leishman said that, during that meeting, he felt he was “to some degree being listened to”.

As for his own questions, Mr Leishman said he felt “completely stymied” by the process for getting information.

Right to Information became impossible for him because he needed Harington’s permission to release some of the information.

He said he had also been unable to access information about himself and his time at school.

Education Department secretary Tim Bullard — who also appeared before the commission on Friday — said Mr Leishman’s evidence had made him feel “personally very sad, for a number of reasons”.

“I think Mr Leishman’s courage in revealing the betrayal of trust that happened to him as a result of an association that was made whilst he was in one of our schools is very confronting to hear, but then there’s the barriers that existed when he came forward with an expectation that he would seek, and receive, support or acknowledgment from the Department of Education,” Mr Bullard said.

“One of the things that Mr Leishman’s experience has provided with us is yet another example of where, for whatever reason, there has been a systemic failing to put victim-survivors at the center of decisions.”

Mr Leishman ended his evidence with his hope that the recommendations to come from the commission of inquiry are taken seriously and implemented in a timely manner.

“We talk about Tasmania as being a small jurisdiction and a small island … we don’t have the resources and how difficult all of that is,” he said.

“Why can’t we look at Tasmania as being a small, isolated state and that’s actually our advantage?

“We are small, we can set the standards and we can be the one that says, ‘This is the benchmark that everyone else has to meet’ … there’s no reason why we can’t do things better here than the rest of the country “

Set the Nation World News website or the app to ‘Tasmania Top Stories’ from either the homepage or the settings menu in the app to continue getting the same national news but with a sprinkle of more relevant state stories.

Here’s a taste of the latest stories from Tasmania:

Franz has fastest time in downhill training at Beaver Creek