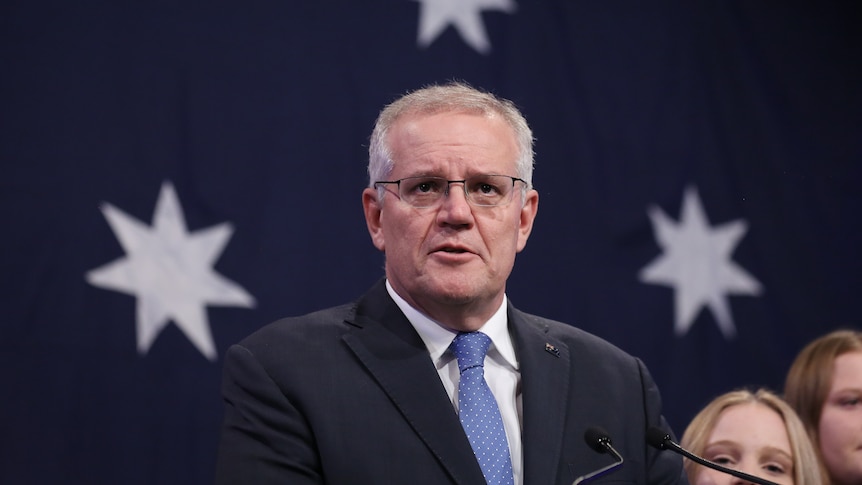 If she had a moment — between the celebration of a successful election campaign, traveling to Tokyo for a meeting with world leaders less than 48 hours later, then to Fiji — Penny Wong might have paused to consider the twists and turns of politics.

Thirteen years ago, as Kevin Rudd’s climate change minister, she worked through the night for two nights at the United Nations climate change conference in Copenhagen, catching power naps on a blow-up mattress, trying to push Australia’s case for international action on climate change .

It didn’t happen, of course. Negotiations collapsed in a way summarised by her then prime minister in an immortal quote captured by David Marr in his Quarterly Essay, Power Trip, as “those Chinese f**kers are trying to rat-f**k us”.

This week as newly minted Foreign Minister Wong was on the world stage. This time she was not trying to persuade the rest of the world they should do something about climate change.

She was trying to persuade the rest of the world that a new government would do something about Australia’s own woeful record in the intervening period, and end the previous government’s willingness to do an international climate accord what Rudd accused China of doing in 2009.

It’s been a week in which the new government did not just have to set down markers in a very different international strategic environment to the one it faced in 2007.

It had to start peeling away from all those positions it took as it tacked close to the Coalition as part of its small target campaign strategy.

Unedifying spectacle and a jarring revelation

For the Coalition, there has been the unedifying spectacle of MPs and senators — both those who survived and those who did not — emerging to say that the problem was that voters didn’t understand their policies, or that they personally didn’t actually believe in the policies their government has pursued for almost a decade. Alternatively, they blithely proceeded to conduct day-to-day politics as if nothing notable had happened last Saturday.

It was hard not to draw the conclusion that the Liberals have learned nothing from the election, continuing the sometimes idiotic mantras, with the same chutzpah, we have become accustomed to.

Less than 24 hours before polling closed, news reports emerged that boats carrying asylum seekers had been intercepted — one off the coast of Sri Lanka, one off Christmas Island — by Border Force.

Scott Morrison was more than happy to confirm this at a doorstop on election day, later backed up by a statement from Border Force which, as ABC defense correspondent Andrew Greene revealed on Friday, was at the instruction of the (outgoing) prime minister’s office. This statement was then used to justify text messages being sent to voters warning them that the only way to secure the border was to vote Liberal.

The revelation jarred with all of those sanctimonious press conferences over the years — starting with Morrison — where ministers primly insisted they couldn’t comment on “on water matters”.

In his political desperation, the now former prime minister proved himself willing to even trash the approach he had taken which had first marked him out for mention when the Coalition took government in 2013.

Many of Morrison’s inner circle have lost their seats in this election. But his closest politically, Stuart Robert, was on the radio on Friday morning rejecting the idea that the order for Border Force to release the statement had breached the caretaker conventions and proper process.

He couldn’t comment on it, he said, “having not been involved, but I think all Australians understand Labor by virtue of history is incredibly weak on boat arrivals”.

So, even after being in office for almost a decade, the best a former Coalition cabinet minister could do when confronted by an appalling politicization of a process his own side had long described as holy writ, was to prosecute a case against the government before his government that had just lost the election.

As if the Coalition hasn’t just been devastated in its heartland and there might be a cause for pause, for reflection, for some indication that the voters may have sent a message.

The astonishing part of the story

In the western districts of Victoria, Malcolm Fraser’s old seat of Wannon, held by Dan Tehan, has been teetering on the edge of being taken by a young independent, Alex Dyson.

The psephologists predict that Tehan will eventually prevail, just. If he does, it will be the only seat left of a former Liberal prime minister — other than the most recent incumbent — that has not been lost to the party.

The Liberal Party is, it seems, no longer the party of business but of some hard to clearly define group of voters in a hotchpotch of seats across the country, but not in the inner cities.

The focus on the “teal” independents in last Saturday’s election as the most conspicuous indicators of how the poll has transformed Australian politics tends to overshadow all the other things that happened on the day.

Overall, the Coalition suffered — based on the count as of Friday — a swing against it of 5.3 per cent, according to the ABC’s Antony Green: a bigger swing than the 4.6 per cent against Labor in 2013, or against John Howard in 2007.

The astonishing part of the story, though, is that Labor gained nothing in net terms from this. In fact, there was a marginal swing against Labor.

Big questions for the majors and the independents

While Labor’s vote languished, the Greens enjoyed a swing to them of 1.3 per cent. The Coalition’s vote disappeared amid a 10.4 per cent swing to independents (more than 1.3 million votes) — teal and otherwise — as well as to One Nation and to Clive Palmer’s United Australia Party.

Pauline Hanson’s party stood candidates in seats across the country this time around and picked up the majority of the right of center second party vote. But often, in the same electorates, voters were peeling off Labor and voting for the Greens.

It’s perhaps why Labor’s victory elation has felt a lot more muted than 2007.

The major parties face big questions now about how they deal with the wave of independents who reflect people getting engaged in politics again, but focusing very much on their local representative.

Equally, the independents must find a way of ensuring that the huge expectations built up around what they can achieve can be realised.