As Society Ages, It’s Techniques to the Rescue 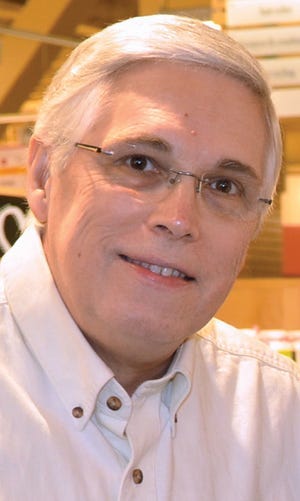 We generally understand the dangers of technology. Almost daily, headlines provide evidence that criminals and poachers have mastered various techniques of duping good people with their hard earned money and luring innocent innocents into dangerous situations. Yet even intelligent people are cheated.

Then there is misleading information being spread on social media which is misleading if not outright wrong. Enough to make a person wonder whether stepping into this age of communication was a mistake. Either way, the genie cannot be put back into the bottle.

Many critics, of whom I count myself, can easily overlook the many benefits that technology has given us.

Homeowners can monitor their property in real-time while traveling and notify neighbors or officials if something seems wrong.

With the same technology, relatives of the physically weak need not worry if they should be left unsupervised for some time – assuming the proper technology exists.

As the world progresses through the second anniversary of various COVD-19 related events, we can contemplate that our lives would have been even more difficult if we did not have technology.

Without the various online meeting services – programs like Zoom, Go-to-Meeting, FaceTime and Google Meet – managing businesses and organizations would have been more complex than ever. Families are able to be together “almost” in times when physical presence was not possible. Friends and relatives of loved ones may go far and wide in hospitals or care centers. Think back a few years. A telephone call is nice, but being able to see each other—even if it’s on a screen—is a blessing that previous generations could only dream of.

The new progress promises to be more incredible in the future, when the pandemic eases and life returns to a new normal.

A fact sheet published last year by the World Health Organization calculated that between 2015 and 2050, the proportion of the world’s population over the age of 60 will nearly double, from 12% to 22%. The number of people aged 60 and over already outnumbers children under the age of 5. And it is certainly a trend that will affect regions outside the United States. By 2050, 80% of senior citizens will be living in low- and middle-income countries.

Older people are often perceived as weak and confused, and some are. But society needs to address ageist attitudes, reports WHO. Not every senior citizen is sitting there wondering why their Blackberry doesn’t work anymore, or wondering how they’ll watch Barnaby Jones’ Betamax tapes since the VCR broke down.

Even as the early 2000s evolved into the technology age, many of the people I considered senior citizens at the time were early adopters. A few decades later, I’m at the stage of life where they were, and I have to admit, it’s not easy to keep up. Sometimes it’s not the learning curve that slows you down, it’s about the cost of replacing perfectly fine products with the latest available upgrades.

These days, there’s more technology than just having a cell phone or electronic tablet to text, compose an email, surf the Internet, or order shoes. It is also about staying safe, healthy and connected.

Major tech companies like Amazon, Google and others are adopting the growing market of senior citizens by introducing products that will become indispensable in the near future. Some of these products will be incorporated into furniture, for example, that can monitor a home for evidence of falls, breaks, or other types of life-threatening hazards. Wearable telemetry can message people already on your contact list about medical emergencies. These types of alerts will become even more sophisticated. As a result, senior citizens should be able to stay in their homes longer than ever before.

People with bad intentions will never give up trying to take advantage of technology, and one needs to be vigilant to avoid becoming a victim. But technology is not only making life more enjoyable for people of all ages, it is also making life safer – especially for those with more critical conditions.

Jean Deason is editor emeritus of the Brownwood Bulletin. His column “TGIF” appears on Fridays. He can be contacted at tgifcolumn@yahoo.com.