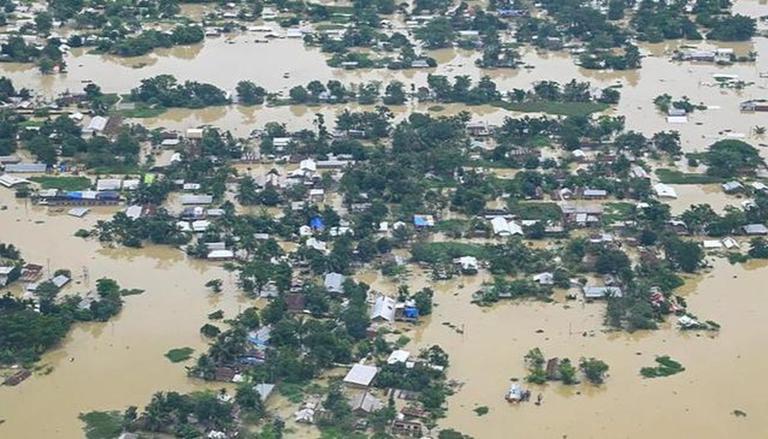 Floods continue to wreak havoc in Assam and now as per reports, more than 29 lakh people have been affected in 30 districts.
The Assam State Disaster Management Authority (ASDMA) has said that 14 people, including six children, have died in flood waters in the state alone in the last 24 hours and the death toll due to floods and landslides now stands at 173. .

About 29,000 people are living in 98 relief camps set up by the Morigaon district administration for flood victims, but many more are finding temporary shelter on highways, embankments and high ground by building makeshift huts. According to the ASDMA flood report, more than 1.68 lakh residents of Morigaon district are still affected by the floods.

Babulal Biswas, a resident of Singimari area of ​​Moringan, described the circumstances when his house was submerged by the floods.

“We have been taking shelter on the road since last one month, the first wave of floods affected us badly and the flood water is still in our house. Now God knows what will happen. The flood waters damaged our crops and agriculture too. The land has been damaged. How we will live, we don’t know what we will do,” Biswas said.

Read Also:  US and Russian envoys discuss Iran's nuclear deal ahead of summit

The first team of the Ministry of Home Affairs (MHA) visited the flood affected areas of Panchagram city relief camp, Thunderpar relief camp and other areas under Alagapur revenue circle of Hailakandi district. In addition, he visited Lama Bahadurpur and Nilambazar circle in Karimganj district, which have been devastated by the floods.

Both the teams will meet the Chief Secretary in the final meeting at the Assam Secretariat on July 2 after visiting the devastated districts.

Read Also:  UVA fired and reappointed its president 10 years ago, fearing a crisis that never materialized.

(with inputs from ANI)

Australia extends lead to 220 in 3rd test against Pakistan

Five suspects charged with multiple felonies, including murder, due to a crime spree in the Denver subway