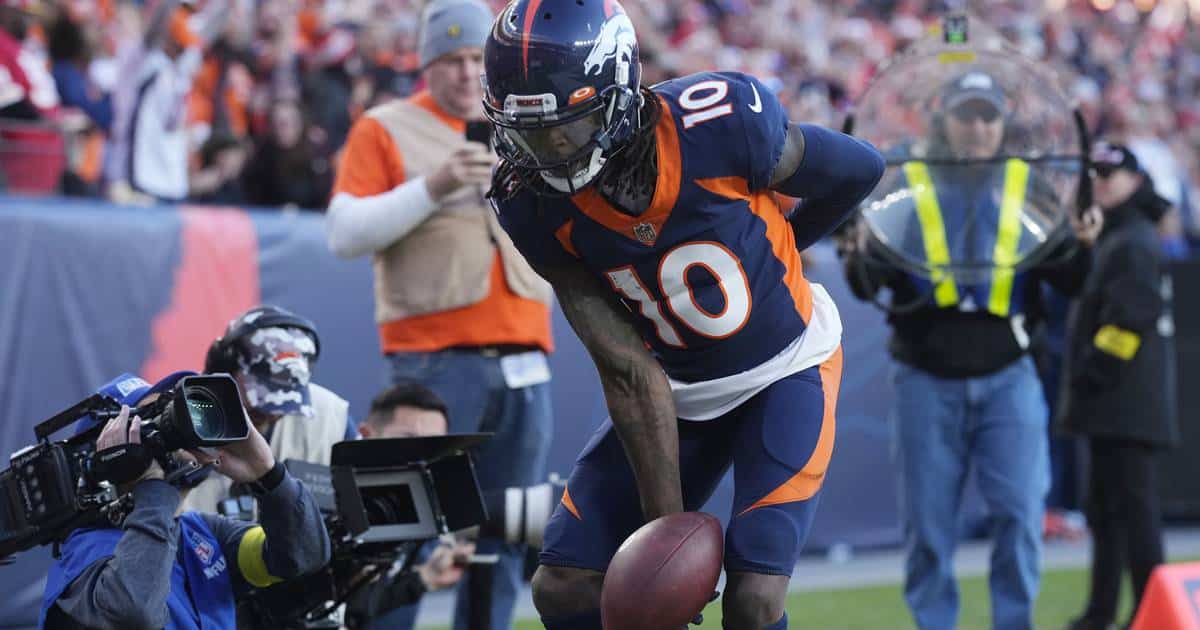 A person familiar with the fine confirmed The Associated Press’ report that Jeudy was fined $23,020 for unsportsmanlike conduct for making contact with linesman Tripp Sutter and using his hands on the field of play before the confrontation with the official. Was fined $13,461 for removing the helmet. The person spoke on condition of anonymity because the league has not announced the fine.

Jeudy was upset that a penalty was not called on a play late in the second quarter that he thought should have been called a holding against the defense. He took off his helmet and gave Sutter a shove, saying something to him before going to the bench.

Jeudy was not reprimanded or ejected for these actions, but the refereeing body raised the incident with Broncos coach Nathaniel Hackett, who said he had not seen the push, but quickly discussed it with the player.

Jeudy, selected in the first round of the 2020 draft, has nine career touchdown receptions, including six this season. He caught two touchdown passes on Sunday from Russell Wilson and one from backup quarterback Brett Rypien after the starter left the game early in the fourth quarter.

Rypien will start Sunday when the Broncos (3-10) host the Arizona Cardinals (4-9) with backup Colt McCoy taking over on offense after Kyler Murray tore his ACL last night.

After the match and earlier in the week, Jeudy spoke about his incident, saying that he needed to stay calm in situations like this.