At 92 and counting, Omara Portuondo is still on tour 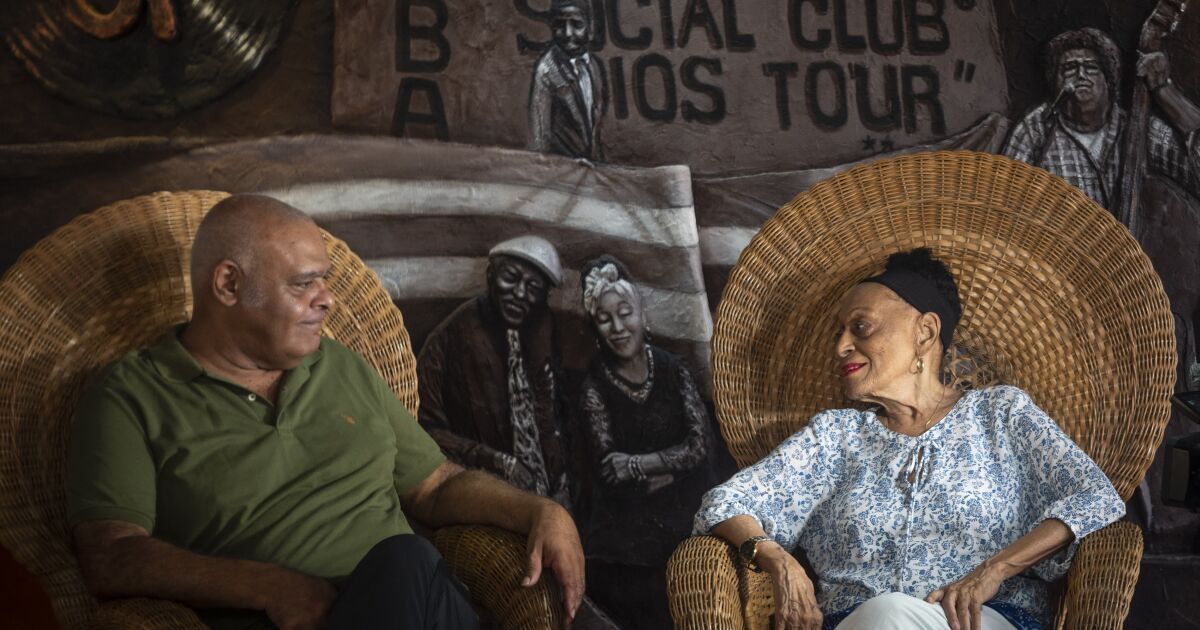 She may walk slowly and no longer grants many interviews, but when she takes the stage, almost always dressed in her long robes and colorful turban, Omara Portuondo is transformed, brimming with energy and her ancient The voice comes clearly, whoever is sweet to dance hears it.

At age 92, the Cuban diva is heading off on a farewell world tour. She doesn’t usually make statements, but she walked slowly with her son and sat next to him in a wicker chair as she spoke to The Associated Press.

Jiménez highlighted Portuondo’s ease in giving way to the youth with which he erases the age difference. As an example, he participated in a daring video by Cimafunk and shared the stage with Ethiel Failde, a new promoter from danzon.

“We’re going to ask Bad Bunny to do a bolero with Omara,” Jimenez said between smiles and then insisted with all seriousness: “If you dare, we’ll do it,” he said. Looking at the camera with his finger raised and imagining how he would do it. I would say to the Puerto Rican star.

Born in Havana on October 29, 1930, Portuondo is the daughter of a white woman of Spanish descent and a black baseball player descended from slaves, and although she grew up in a household she once lived without racial prejudice, again Confronted them. Throughout his life, especially in the middle of the last century, when he lived in the United States.

She began working as a dancer at the famous Tropicana cabaret, but soon she and her sister Heidi joined the musicians who formed the “feelin'” choir, a term adapted from the English word “feeling”. and which he named as a musical trend. A mix of Cuban, jazz and bossa nova from the 40s, among other styles, but played in island style. César Portillo de la Luz, José Antonio Mendez and pianist Frank Emilio Flynn were his mentors.

Since then, Portuondo has seen no boundaries, although his star has slowly waned. When it seemed that his retirement was inevitable, in 1997 “Buena Vista Social Club” came to light, a project produced by American Roy Cooder that relaunched some Cuban artists already in their seventies to world fame. , among them Portuondo who makes a version indelible of “Vente Años” in the album.

Jimenez recalled Portuondo’s work despite the COVID-19 pandemic and the tour seemed huge for someone over 90.

In 2020, he released “Mariposas” in digital format, a 10-track album by singer-songwriter Jesse Suarez with Bis Music label, which was nominated for a Latin Grammy.

A year later, through his social networks, he supported the premiere of the documentary “Omara” by Cuban-American director Hugo Pérez, whose world premiere was held at the DOC NYC festival in New York.

In mid-2022, the singer begins her farewell world tour, which will take her to Spain and Norway, among other places. On the eve of his birthday, in October, Portuondo was at Carnegie Hall in New York with Mexican Natalia Lafourcade and Uruguayan Jorge Drexler.

After a break, he will go to Japan next March and his office is working to organize some concerts in the United States.

“The album is finished, but due to contractual problems it hasn’t been distributed”, Jimenez said. “It was something I did with friends, it was recorded in the living room of my house.”

That album would feature the songs already known as “Gracias a la Vida”, “La Cigarra”, “Silencio” and “What I Have Left to Live”.

At the end of the conversation, Portuondo succumbed to the temptation to answer when asked how he got so much energy when he went on stage: “The audience,” he assured with shining eyes.