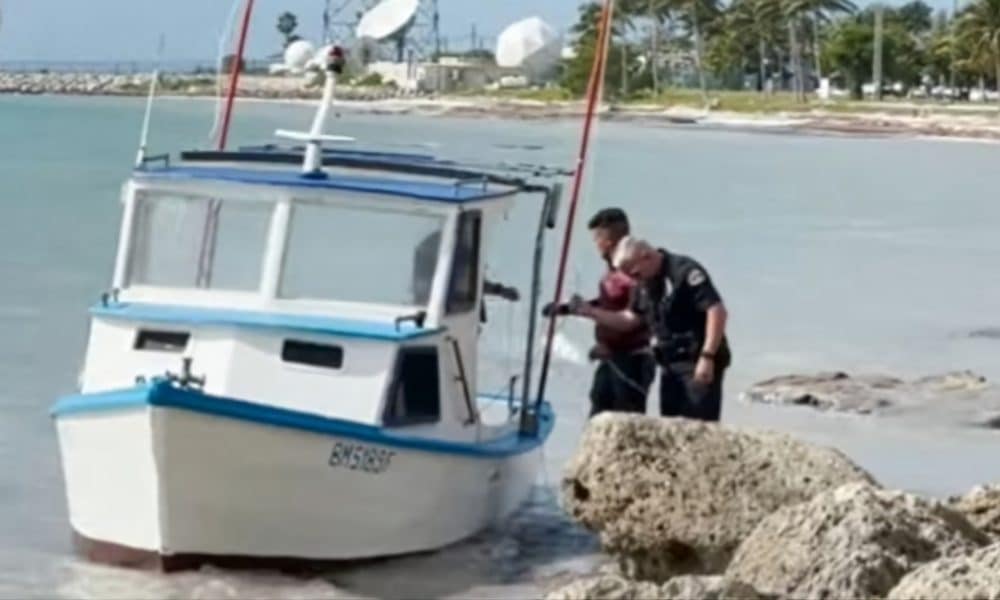 During this Tuesday evening, at least 25 Cuban rafters descended on the beach in Fort Lauderdale, Florida. The authorities are yet to present the exact data on the arrival of these illegal immigrants. However, it is estimated that the number is between 25 and 50 people.After touching American soil, many of the heroes managed to escape from the Broward County police. As soon as notice of the arrival of this group of migrants was released, agents cordoned off more than 700 Seabreeze Boulevard. An eyewitness to the incident told Telemundo 51 that three were arrested, the rest managed to escape.

Those taken into police custody were given prompt medical attention typical of such cases and later handed over to the Border Patrol. Several local forces were pressed into service to land the migrants, among them a fire brigade and two diving teams.

doubts still to be clarified

As of now, immigration and police officials are investigating the incident. The boat remained ashore, the point of departure from Cuba is still unknown, as well as the exact number of rafters who left the island.

On the subject, Border Patrol’s Miami Sector Chief Walter N. Slossar has not published any information on Twitter. However, he noted a recent visit by several staffers to the office of Senator Marco Rubio and Congressman Carlos Jimenez in the last hours.

The delegation flew to Key West to verify the working of the United States Coast Guard in the current immigration scenario. Authorities in that northern country have insisted that jumping into the Strait of Florida poses a potential risk to human life.

Hours before the above landing, another incident occurred in Key Colony Beach, Monroe County. The group of 19 rafters left Matanzas on 8 January. Since last October, 4,195 Cubans trying to reach the United States have been stopped at sea.