At least eight people have been injured in a shooting in Florida, USA 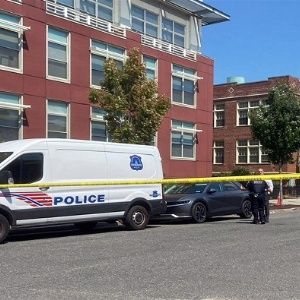 At least eight people were injured, one critically, in a shooting Monday in the city of Fort Pierce, Florida, during a memorial event dedicated to Martin Luther King.

The official also said that four people, including a child, were injured in the stampede due to the gunfire.

“It was massive chaos, as you can imagine, when the gunshots rang out, there were over a thousand people at the event…and when the shots rang out, people were running in all directions,” Chief Hester said.

The sheriff’s office said two deputies were present at the event and were able to respond to the attack and provide assistance to the victims shortly after the shooting.

It was also learned that although it could not be determined who was shooting, authorities attributed the incident to a disagreement between two parties, who decided to settle it with firearms, police insisted.

Police are reporting a mass shooting during an MLK Day celebration at Elijah Ellis Park that left several people injured, the exact number of people shot is still unknown at this time pic.twitter.com/MhsNA99M0g


“It is very sad that, in celebration of someone who represents peace and equality, a disagreement ends up in the use of weapons and violence to resolve it … and so many innocent people who have been injured or Injured and who were not part of the party. Disagreement,” the officer concluded.

Police sources stressed that dozens of agents are combing leads throughout the Fort Pierce area, but so far no arrests have been made.