Attack on Ciro Gomez Leyva: all detainees have been linked to the process 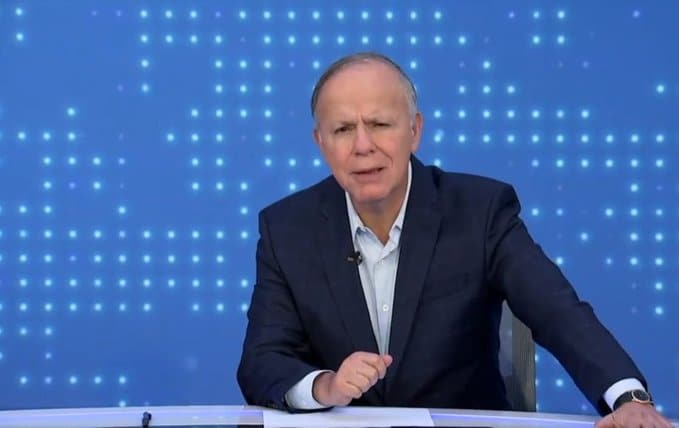 Las 12 people have been arrested in the last week for their alleged relationship with attack on Journalist Ciro Gomez LeyvaRegistered on December 15 last year, are under criminal proceedings for various offences, but none for attempt to murder.

In five hearings this Wednesday at the Criminal Courts of the Northern Prison, control judges added to the process eight alleged members of the criminal cell that carried out the attack, including its leader Poole Pedro ‘n’.

The latter and his passionate accomplice, Daniela ‘Ann’, were prosecuted for their possible responsibility for crimes against health in the form of drug dealing, possession for business purposes and possession of firearms and grenades for the exclusive use of the armed forces went.

The judge ordered preventive detention and gave a period of two months to conclude the supplementary investigation.

the foregoing, because of their possible involvement in crimes against health in their modus operandi drug dealingpossession for trade purposes, possession of firearms and cartridges for the exclusive use of the armed forces, as well as bribery.

will be in male North Jailwhile in women Santa Martha Acatitla Prison,

Three of the 12 detainees were linked to the process for the attack on the journalist last week. They are Juan Antonio ‘N’ and Elizabeth Mireya ‘N’ and Tania Jacqueline ‘N’.

He was prosecuted for possession of a firearm for the exclusive use of the Army, Navy and Air Force, and against health in the manner of drug dealing, the presumption of possession for business purposes, as well as bribery. The judge ordered preventive detention.

Hector Eduardo ‘N’, bartlocated as the man who fired the firearm at the journalist was brought back for trial, hence his continuance Intermediate hearing will be held in April, Precautionary custody has also been ordered.

According to ministerial officials, the charge of attempted murder of Ciro Gómez Leyva is still in the integration process, therefore, once the necessary evidence is obtained, The Public Ministry will request the relevant arrest warrant for that offence.

Last week, 11 members of this criminal group were arrested in 12 searches conducted in the offices of Gustavo A. Madero, Venustiano Carranza, Iztacalco and Iztapalapa mayors.

Meanwhile, Hector Eduardo ‘N’, bartWas arrested in the state of Michoacán by an arrest warrant for the crime of robbery.