Attacks on women journalists increased by 200% with AMLO 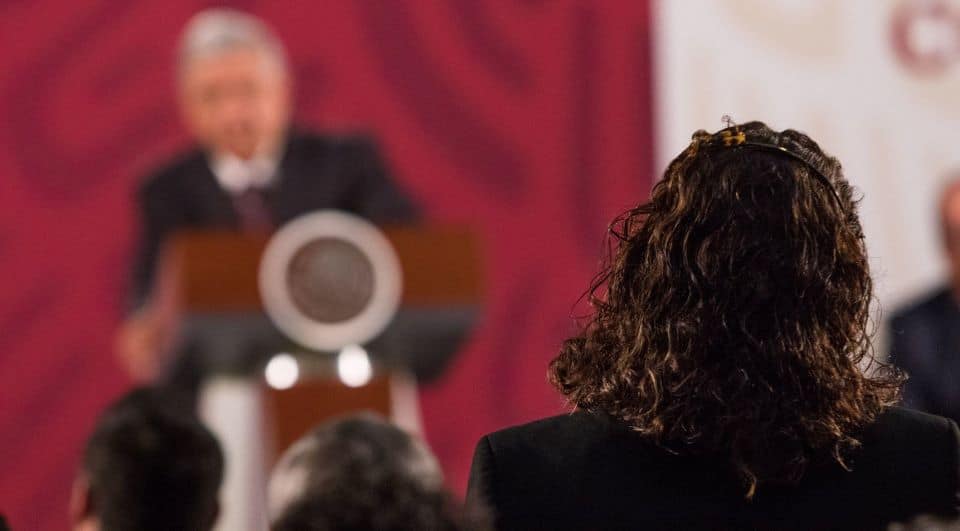 The alert comes from the report “Unpunished Words: Stigmatization and Violence Against Women Journalists in Mexico 2019-2022” released by the Organization for Communication and Information for Women (CIMAC), which highlights that in the same period five women The following journalists were murdered: Norma Sarabia Garduza, María Elena Feral Hernández, Lourdes Maldonado López, Sheila Johanna García Oliveira and Yesenia Aurora Molinado Falconi.

After an increase of more than 500 attacks in three years, the report questions the lapse and apathy on the part of the state “in the face of incidents of harassment or intimidation that may escalate these attacks until they amount to femicide”. don’t fall prey to

Faced with an increase of over 500 attacks in three years, the report questions the lapses and apathy on the part of the state

Although in 2021, CIMAC indicated a decrease in documented cases, it explained that it analyzed the contexts and patterns that characterize the social relations that determine the causes of attacks, as well as difficulties in terms of attention and protection. Let’s face what journalists have to face after being victimised. attack.

“The indicated decrease is not the result of improvements in protecting journalists, but of factors such as re-victimization by the authorities causing cases to go unreported. State-imposed policies, such as the country’s progressive militarization, have contributed to criminal groups in communities. Growth, socio-political violence fracturing social fabric and continued growth seen for reasons other than systemic policies, practices of human rights violations as well as inaction of state and municipal authorities, limitations of police structures and lack of training , the weakening of protection mechanisms for human rights defenders and journalists, and the strategies of silence adopted by the federal government, such as the use of speech to stigmatize the work of journalists, which is reproduced at the state, municipal, and societal levels , “document description.

In addition, the report noted that although attacks on the press have been present in administrations prior to López Obrador, they pointed out that “the use of a podium such as the morning conferences to disseminate a discourse that is in no way tarnishes the journalists of As a filter, it opens the door to a permissiveness that, when it spreads and enters other groups, can pass on insults and threats and lead to lethal aggression.

The document says that documenting attacks against journalists becomes a “survival strategy” that requires immediate visibility and naming of violence in order to prevent a future attack or reduce the risk of it occurring.

Furthermore, it suggests that certain circumstances and factors explain the number of attacks in each month of the year, for example, it highlights that the increases in March, September and November may reflect conditions of social mobility. Gives answer.

“Their coverage leads to attacks on journalists due to repression by police elements against activists and groups seeking to guarantee women’s human rights through the decriminalization of abortion, the improvement of working conditions, access to health, and the elimination of violence.” do,” he says.

It also assumes a rebound in June and July due to the electoral context, in which disputes over administrative posts lead to confrontation.

From the start of the López Obrador administration, as of July 2022, CIMAC said it had documented attacks in 30 of the country’s 32 states (with the exception of Zacatecas and Campeche), while the entities with the most attacks were cities from Mexico, with 199 cases; Puebla, with 72; Coahuila, with 54; Guerrero, with 42, and the State of Mexico, with 40, are followed by Veracruz, Oaxaca, Quintana Roo and Morelos.

The CIMAC report also attributes the increased risk to female journalists to “López Obrador’s tainted discourse against feminist protests”, noting that journalists are violated by being surrounded by various actors influenced by the president’s discourse, Which creates a bias towards the press, and a hostile environment due to political parties.

The report also points to public officials as the main attackers of journalists, with 320 attacks perpetrated against communicators by federal, state and municipal officials, representing 41.72% of cases.

López Obrador has dismissed a worrying increase in the murder of women in Mexico, saying that cases have not increased, but that the crime has been criminalized under his government, unlike in the past six years. This means that domestic violence reports have increased year-on-year, as there were 210,188 cases in 2019, 253,736 in 2021, and 158,924 by July 2022;48 to deny that 53 in 2019 43,049 crimes against liberty and sexual security were committed, and at the end of July 2022, 48,77050 cases were registered;51 this is ignoring the fact that there were over 24,600 missing women till April this year,” the report said. Stated the President’s frequent responses to questions about violence against women.

The document states that López Obrador’s accusations of feminist movements have negative effects that promote discrimination against women, as it creates uncertainty, mistrust, collective insecurity and fear in society.

They say, “The President and his statements are a reflection of a macho and patriarchal society, which is more outraged by the presence of a historical monument than by the disappearance of a woman or the murder of a girl child.”

The report questions the president’s use of morning conferences to “impose his speech and exclude journalists and other groups, including civil organizations, women and the LGBTI community,” in addition to asserting that attacks on journalists The crisis is a result of the violence inherited by other presidents such as Felipe Calderón Hinojosa and Enrique Peña Nieto.