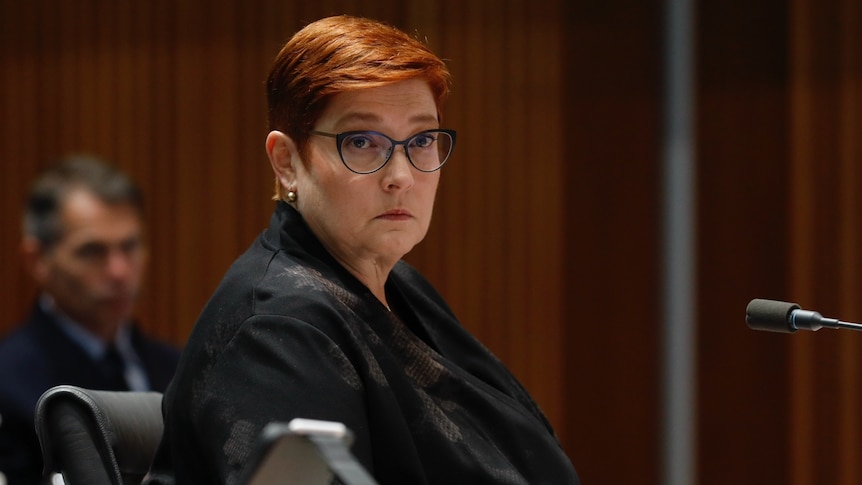 The Australian government will evacuate its embassy in Kyiv, amid warnings a Russian invasion of Ukraine is increasingly imminent and Prime Minister Scott Morrison warning the situation is deteriorating and reaching a “dangerous stage.”

The decision follows a similar move by the US State Department, which has ordered non-emergency embassy staff to leave Ukraine

Foreign Minister Marise Payne issued a statement on Sunday morning saying the government would move its operations to Lviv, a few hundred kilometers west of Kyiv and close to the Polish border.

“Given the deteriorating security situation caused by the build up of Russian troops on Ukraine’s border, the Government has directed the departure of staff at the Australian Embassy in Kyiv and temporarily suspended operations at our Embassy in Kyiv,” she said.

“We will be moving our operations to a temporary office in Lviv.”

Russia has been increasing its troop deployment along the border with Ukraine, and has over 100,000 troops stationed in the region, but has consistently denied it intends to invade.

Mr Morrison on Sunday said while the families of Australian-based staff had already departed the region, three Australian staff had remained in the embassy.

“I want to thank particularly those three Australian-based staff who have been there supporting in a consular way the many Australians, many of whom are joint citizens, dual citizens, who are in Ukraine,” he said.

“But the situation, as you are all hearing as well, is deteriorating and is reaching a very dangerous stage.”

“And I want to send a very clear message on behalf of Australia, a liberal democracy who believes in freedom and the sovereignty of states, not just in Europe, but in our own region as well — that the autocratic, unilateral actions of Russia [are considered] to be threatening, and bullying Ukraine is something that is completely and utterly unacceptable.”

Senator Payne on Saturday again urged all Australians in Ukraine to leave the country, warning security conditions could change at short notice.

“We have urged all Australians to leave Ukraine immediately, and the Department of Foreign Affairs has continued to reach out to contact Australians to reiterate that travel advice,” she said.

“We continue to urge Russia to remain engaged in reciprocal diplomatic dialogue on what would be an extraordinary unilateral action.

“We support Ukraine’s sovereignty and territorial integrity. We support a unified European and NATO response.

“And we are standing together with Ukraine at this very difficult time.”

“I would say this on behalf of the Labor Party, Russia should back off,” he said

“The threats and intimidation that are occurring to a sovereign state like Ukraine are entirely inappropriate in 2022. And we respect Ukraine’s sovereignty, and that should be respected by all, including Russia.”

Though Moscow has said it is not planning an invasion, it said it could take unspecified military action if its security demands are not met.

Those include a promise that NATO will never admit Ukraine, a demand the United States and the 30-nation Western security alliance have called unacceptable.

The US, with its allies, has threatened extensive economic sanctions against Russia. These could include financial sanctions as well as export control measures.

Oksana Yurchenko, a chef and beauty salon owner, had been visiting family in Ukraine with her son.

Speaking from Kyiv’s Borispil Airport, she said she was encouraged to leave by family back in Australia.

“We were planning to stay a bit longer but this situation is a bit scary,” she said.

“I am traveling with my child, it is scary, yes.

“My elder son in Australia, he follows and watches the news and he panicked. He said, ‘Mum, get back. The situation is getting worse and it may be dangerous’. So yes, we have panicked.”