Many Countries of the world whose people have a culture of enjoying alcoholic beverages in their daily lives like western countries.

But out of many countries in the world it turns out that Australia is the one that gets the title of the most drinking country in the world because its population is the largest drinker in the world. 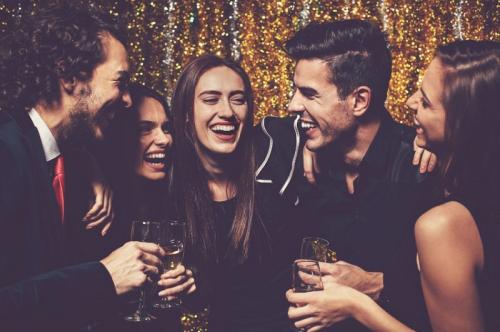 As reported by the New York Post, Friday (12/3/2021), the results of a survey conducted by the Global Drug Survey show that Australia is the country with the most alcohol consumption, aka the most drunken country in the world.

The survey was conducted involving 32,000 people from 22 different countries of the world to track alcohol consumption in 2020 to get an idea of ​​drinking habits globally.

As a result, participants in Australia drank an average of 27 times during the year, nearly double the 15 times the global average intoxication rate. On average, Australians drink twice per week, but get very drunk only once every two weeks.

Interestingly, when viewed by gender category, it is Australian women who consume alcohol more frequently than men. Breaking the stereotype that Australian men are heavy drinkers.

The culture of drinking in Australia itself is deeply embedded in the activities of socio-economic life in Australia. One of them can be seen along with bars and clubs which are still running as usual. Only when the delta version became prevalent in mid-2021, did Australia lock down tighter.

The results of the Global Drug Survey above show that Denmark and Finland are the second most addictive countries, with participants drinking an average of 24 times a year. It is followed by the United States in the third place at 23 times, followed by Britain at 22.5 times per year and Canada at 22 times a year.

Also read: Imprisoned, Valencia: Mothers should not be angry with drunk husbands, greet with love!

Interestingly, Australia’s closest neighbor, New Zealand, is actually listed as one of the least-drinking countries in the survey.