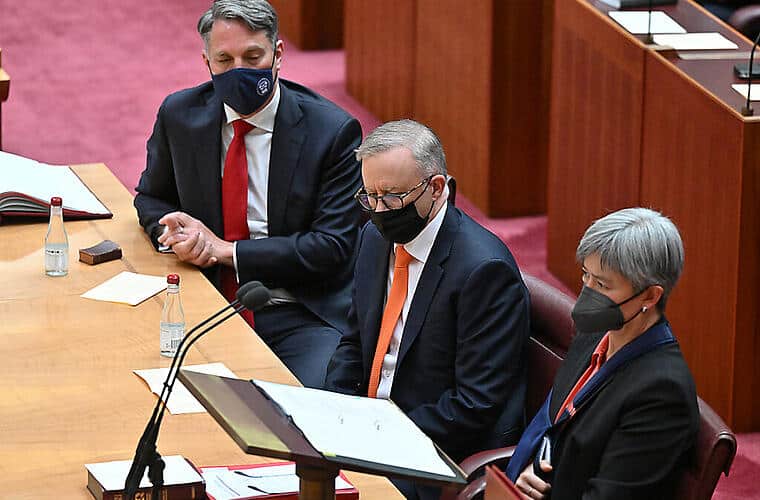 The Labor government, which took office in May, wants to incorporate its plans in the fight against climate change – specifically a 43 percent reduction in CO2 emissions by 2030 – into national legislation. The legislation will be introduced in the Senate, the second house of parliament, in mid-September.

The climate law is an important milestone for the country, which has been particularly hard hit by climate change. There have been many severe floods this year. High temperatures and prolonged dry spells can increase bushfires.

After voting in parliament, Prime Minister Anthony Albanese spoke of “fulfilling an original promise” that his party had made to voters. Scott Morrison has been heavily criticized for the hesitant stance on climate policy of the previous Conservative government. However, Albanese said in a recent interview with broadcaster ABC that he did not want to stop coal mining criticized by climate experts so as not to burden the economy.

Until recently, it was unclear whether the Greens would support the legislation. In weeks of talks, the party initially pushed for reducing greenhouse gas emissions by 75 percent, which Labor rejected. It was only on Wednesday evening that Green leader Adam Bandt finally pledged his party’s support.

Bandt said on Thursday that it is important to act as quickly as possible: “If we reach 2 degrees[of global warming]we have to say goodbye to the Great Barrier Reef and if we go beyond that then parts of Australia.” may be deserted.” , he warned. Independent politicians also emphasized that emissions targets should be understood as minimums with plenty of room for improvement. (SDA/DPA)