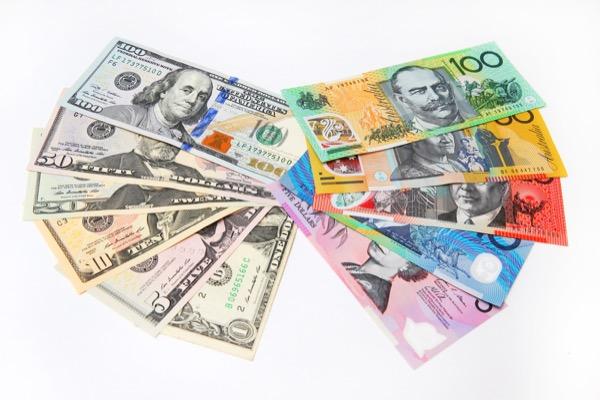 The index was compiled before the extra boost higher in commodities overnight, which could add further upward pressure on AUD/USD.

The bigger picture remains unclear with the war in the Ukraine continuing to provide markets with wild moves. Risk rotation continues to be a theme, but this environment would normally work against AUD/USD.

It would seem that the squeeze in commodities prices, and the lack of exposure of the Australian economy to Russia is the focus for FX markets for now.

Yesterday it attempt to test the upper bound of this range but pulled back and revealed a potential bearish Spinning Top candlestick pattern.

The body of the candlestick is possibly slightly larger than would normally be the case, but the price slid a few ticks just before the close. It may still be in play.

A similar shooting star candlestick pattern emerged last week just before a sell-off. It should be noted though that past performance is not indicative of future results.

Another potential reversal indicator could be the close back inside the upper band of the 21-day simple moving average (SMA) based Bollinger Band after previously closing outside the band.

Conflicting with these bearish indicators is the price sitting above the 21 and 100-day SMAs, which might indicate bullish momentum is intact.

Read Also:  Australians will have to be in corona isolation with Tinder dates

Additionally, since making the low at 0.69676 in January, the price has made higher highs and higher lows, which may lead to an ascending trend.

Law schools that have been overbooked are trying to entice some students to postpone their enrollment.

Three arrested in connection with the hijacking of Sunnyvale