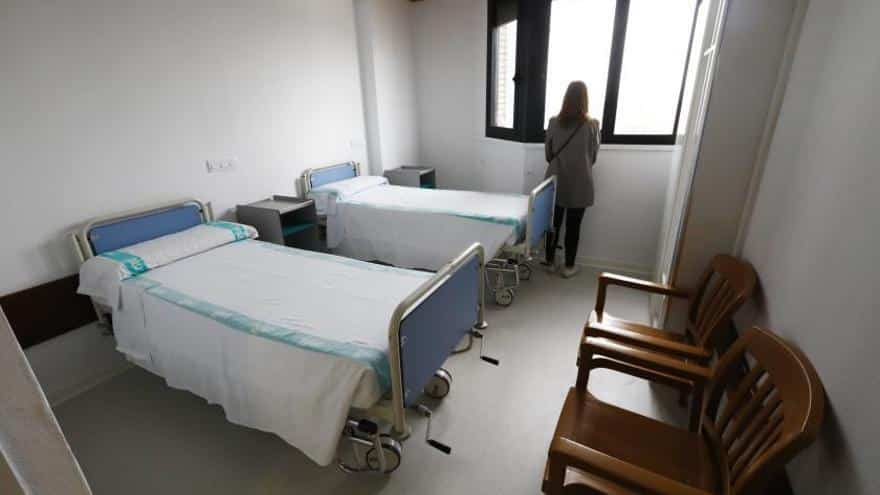 mental health care, With the increasing cases, especially after the Covid pandemic, it has become one of the focus of health managers. In Aragon, the availability of resources has increased in recent months. authorization of more admission beds and the reform of the psychiatric units of the Clínico and Rio Villanova hospitals in Zaragoza.

These locations are short-term admissions and have increased the average length of stay of patients in Aragon this year. According to health department data, the average number of days of hospitalization till September (last updated) was 17.42 days as compared to the average stay of 16.60 days registered in 2021, The increase is not sudden, rather it is modest, but it may mark a change in trend at a time when mental health problems are on the rise.

according to Average age of patients in these short-term units, the data is 42.94 years, which is a slight rejuvenation as it was 43.19 years in 2021. Anyway, the data of 2022 is till September, so onceAnd this situation may change closer to the total figure., In any case, mental health conditions are increasingly affecting young people, so the decline in age may be in line with this trend.

On the other hand, in first nine months of the year (As of September), there have been 1,618 hospital discharges for patients from these short-stay units in Aragon. In the case of 2021, the year ended with 2,343 registrations.

By hospitals, Miguel Servet, San Jorge de Huesca and Clínico are the ones that have given the most in the last two years. In case of Servette, 553 patients have completed their admission this yearwith an average stay of 17.92 days and an average age of 44.75 years.

According to health statistics, The record for the shortest hospital stay in this type of unit was recorded at the Obispo Polanco Hospital in Teruel., with an average of 10.75 days. There have been 137 discharges in their service this year and the average age is 40.13 years.

For its part, the Provincial Hospital of Zaragoza registered the highest average admission stay in Aragon with 53.59 days this 2022 and 59.84 days last year. In contrast, the provincial register Youngest age of mental health patients in its short-lived unit with 29.02 years in this 2022 and 30.22 years in 2021. Given the provincial craze and the low availability of beds, it is the Center which has given fewer hospital discharges this year with 44 and 45. previous.

With respect to gender, the balance of the last two years shows that both 2021 and 2022 have a Very marked patient profile by age peers, In this sense, between the ages of 20 and 35, more females are admitted to these short-term mental health units, while males predominate between the ages of 45 and 60. In both young age and advanced age, these services rarely result in hospitalization.

Problems such as anxiety, depression, psychotic disorders, eating disorders or suicide attempts have increased in recent years, leading to greater demand for health resources to address mental health. This has made it necessary to expand beds and remodel spaces as their shortage has been claimed by patients, family members and professionals in psychiatry.

On the other hand, the government of Aragon is waiting to find a place to open the first residence for young people with mental health problems after the Bishop of Huesca ended negotiations with the DGA to rent one of its buildings. H