Avian Flu in Minnesota: Where Did It Come From and How Can It Be Prevented? 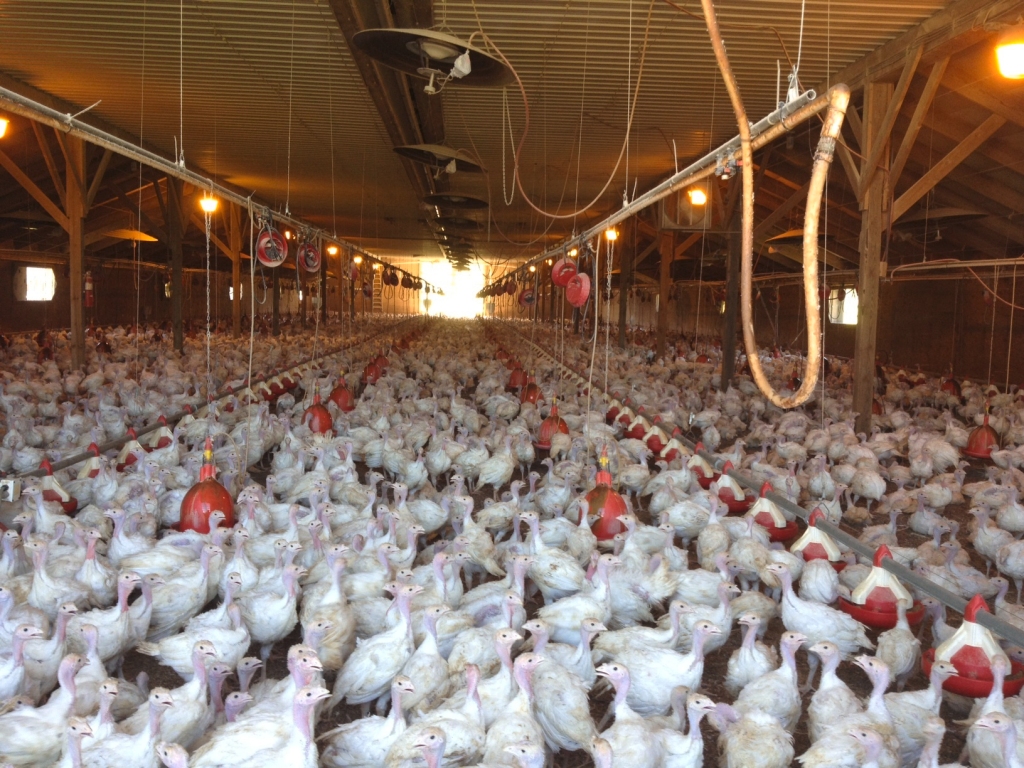 Minnesota poultry farms are being hit by an outbreak of highly pathogenic avian influenza, which has already affected more than 1 million birds at more than 20 sites across the state.

As of this week, 23 million birds have been affected in 24 states, in the worst avian influenza outbreak to hit US poultry flocks since 2015. Here’s what we know so far:

Highly pathogenic avian influenza – or HPAI – is caused by a highly contagious virus that is usually fatal to pet birds. There are other strains of avian influenza that are considered less pathogenic where birds show either mild symptoms of illness or none at all. Once exposed to the infection, birds die within about 48 hours, according to Beth Thompson, state veterinarian and executive director of the Minnesota Board of Animal Health.

The virus is of particular concern in Minnesota, as the state is the top turkey producer in the US, with producers raising about 40 million birds each year. Farmers lost millions in the 2015 outbreak, and the federal government’s response on a national level cost billions of dollars.

Thompson said the H5N1 influenza virus currently affecting American herds was present in Europe more than a year ago. It eventually spread to North America, where migratory birds are spreading it to poultry operations throughout the United States and Canada.

During the 2015 outbreak, 23 counties and more than 100 farms were affected by the virus. Although it is too early to say how severe the current outbreak may be, as on Thursday officials confirmed the presence of the virus in nearly a dozen Minnesota counties.

As of this week, it is affecting nearly half the states in the US and has resulted in the death of 23 million birds in states including Iowa and Wyoming. Thompson said the current outbreak already appears to be much more widespread than in 2015 when more than 50 million birds died or died from the disease.

The current outbreak of avian influenza virus is being spread by migratory birds, which can become infected without appearing ill. As winter ends, geese and ducks move on, and when they descend, they may release feces containing the virus. Avian influenza is so contagious that even a small amount of contamination on a farmer’s shoes can trigger an outbreak in a coop.

There are several migratory corridors in the continental US, including the East Coast Wild Waterfowl Route, one that follows the Mississippi River, and one known as the Central Flyway west of Minnesota. There is also a west coast route called the Pacific Flyway. The virus is present in all of them, Thompson said.

How this outbreak spreads depends on many factors, but warm weather can be a big help.

“We need sunshine. We need summer to come, we need to dry up the environment, we need to warm the environment and we need wild waterfowl and migratory birds to make their way to their northern nesting grounds.” so that they stop flying over the state,” Thompson said. “As soon as we can get into some warmer weather, I think we’ll be headed in a better direction.”

When HPAI is identified in a flock, it is standard practice to euthanize all birds to prevent further spread of the virus. The virus is extremely fatal to pet birds, and most will die soon after infection is identified.

The standard procedure for “depopulating” a coop is to use a machine that spreads foam over the birds and stops them from breathing. Thompson said the practice is in accordance with guidelines from the American Veterinary Medical Association.

Read Also:  Gold continues to fall, knowing where this round will stop

Farmers can take biosafety measures to prevent their herds from becoming infected. Abby Shuft, a poultry teacher at the University of Minnesota Extension, said federal officials require large operations to have a biosafety plan, which is audited every two years by state officials.

“The USDA spent billions of dollars in 2015 with displacing birds and recovering those commercial flocks and they decided they didn’t want to do that again,” she explained.

Many steps to stop the spread are quite simple. Wearing clean shoes when entering the coop and making sure hands are clean before handling birds are two central rules. It also helps to make farming sites unattractive to migratory birds by removing puddles and ponds and not leaving fodder in the open. Some who raise chickens in urban areas prefer to leave grain about their yards to allow their chickens to roam and graze, but this can attract unwanted visitors who can bring infections, Schuft said. .

Can humans get HPAI?

Schuft said public health officials closely monitor farmers and workers sent to eliminate infected herds for signs of transmission of the virus to animals and humans. So far there have been no reports of the existing H5N1 strain infecting humans.

According to the Centers for Disease Control and Prevention, avian influenza viruses rarely infect humans. Animal-to-human transmission usually occurs when humans have unprotected contact with infected birds or surfaces contaminated with the virus. It is even rarer for a person infected with avian influenza to spread the virus to another person.

Federal agriculture officials say it is not possible to get avian influenza from eating poultry or eggs. The chances of infected poultry entering the food supply are extremely small, as the birds usually perish.