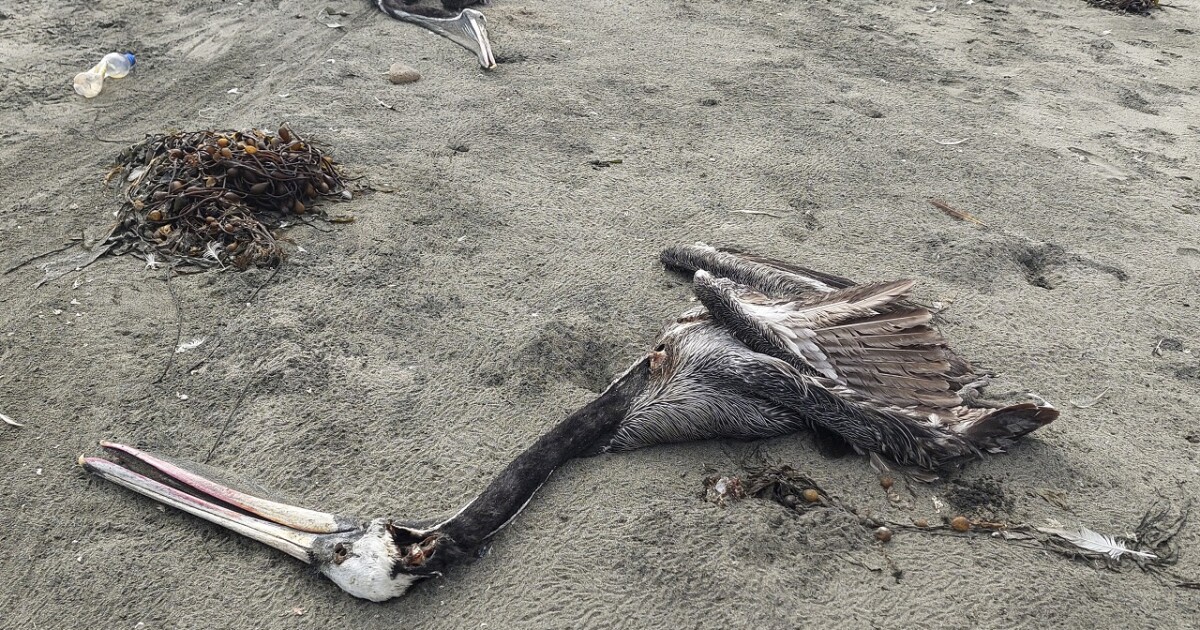 Peru has registered 13,869 seabirds, mostly pelicans, dead from H5N1 avian influenza along its coast and protected natural areas. The National Forestry and Wildlife Service (Serfor) gave this information on Tuesday.

A statement from Surfers said, “The latest official national report shows that more than 13,869 wild birds have been infected with the dreaded H5N1 type of avian influenza disease across a large portion of our coastline, both inside and outside protected areas.” The seabirds have been killed.”

Sarfor reports that, of this number, it has been recorded that 10,257 are pelicans, 2,919 are sea owls, 614 caimans, among other species that live in natural areas.

Surfer’s marine fauna expert, Lady Amaro, said that official bird reports are made through counts that Surfer specialists make in the areas of Piura (on the border with Ecuador), Lambayeque, La Libertad, Ancash, Ica are doing. , Moquegua, Tacna and Lima.

National Agricultural Health Service (SENASA) gave this information Activated an epidemiological fence in the Gallito town center in the Lambiec region to control the first outbreak of avian influenza Found in a poultry farm.

Dozens of pelicans were found dead between Monday and Tuesday off the coast of San Pedro, Punta Hermosa and San Bartolo beaches, south of Lima.

Many people continue to find dead wild birds on the beaches of the coastal strip. In view of the health alert for avian influenza A (H5N1), @Senasa_Peru Ask not to touch dead or sick birds and report them to 946922469 or email reporta.peru@senasa.gob.pe. pic.twitter.com/DprPNHWmxu

Senasa indicated that the health alert was issued as a precaution because the virus from migratory birds from North America could spread to “backyard birds (turkeys, ducks, chickens and fighting cocks)” and commercial farms.

Serfor expert Walter Silva indicated that the first outbreak of avian influenza in the American continent occurred in Canada last year and the virus was detected in the United States in January 2022, affecting poultry production.

The Food and Agriculture Organization (FAO) of the United Nations has expressed its concern and issued an alert that with the seasonal migration of birds, the disease could reach Central and South America, according to Silva.

Avian influenza is a disease that has no treatment or cure. Causes high mortality in wild and domestic birds such as ducks, chickens, chickens, turkeys, etc.