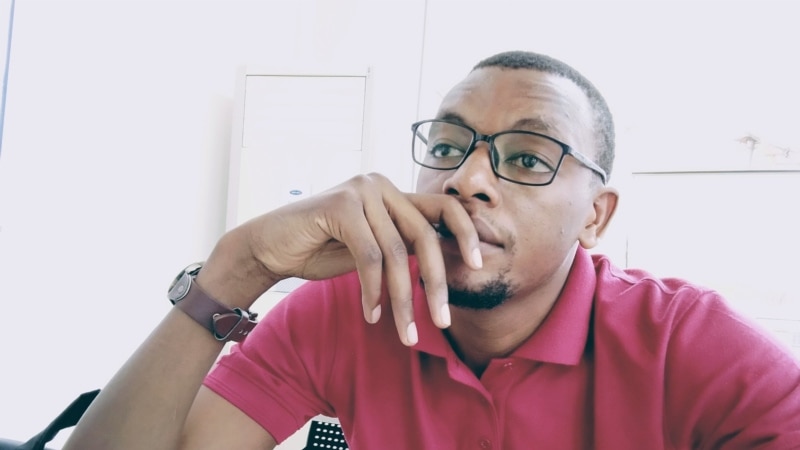 A Ugandan writer who has written critical comments about President Yoweri Museveni’s son has been accused of offensive communication. Kakwanja Rukirabashiza’s lawyer says he was tortured in custody.

Award-winning author Kakwenza Rukirabashiza appeared in a court on Tuesday and was charged with two counts of offensive communication.

Rukirabashiza was arrested on December 28 and taken from his Kampala home. The government says it was using its Twitter account to anger President Yoweri Museveni and his son, Land Army Commander Lieutenant General Muhuzi Kenerugaba.

The writer’s attorney, Aaron Kiza, tells the VOA that he was not made aware of his client’s court appearance until later.

“It was a covert move intended to deprive them of the opportunity of legal representation and to pursue their legal remedies such as bail,” Kiza said.

Rukirabashaja’s court appearance came a day after the high court ordered it to be done before the closure of business on Wednesday.

The magistrate on Tuesday also issued an order for medical examination of her by the jail authorities to ascertain her health condition.

During a search of his house in Iganga district of the Eastern Region on January 3, the writer allegedly told his wife that he had been tortured. Later pictures of his blood-stained undergarments were posted on social media.

The claim that the author was reportedly detained at the Special Forces Command Facility in Entebbe was strongly denied by the military.

The award-winning author has been jailed until January 21, when he reappears before a court.

This is the third time he has been arrested. First released in April 2020, his novel, The Greedy Barbarian, was a fictionalized account of high-level corruption. The following September he was arrested again for his second novel, Banana Republic, which featured elaborate torture.

He won the PEN Pinter Prize International Writer of Courage Award in 2021.