B6: The forgotten vitamin essential for a healthy brain, according to Oxford neurologists 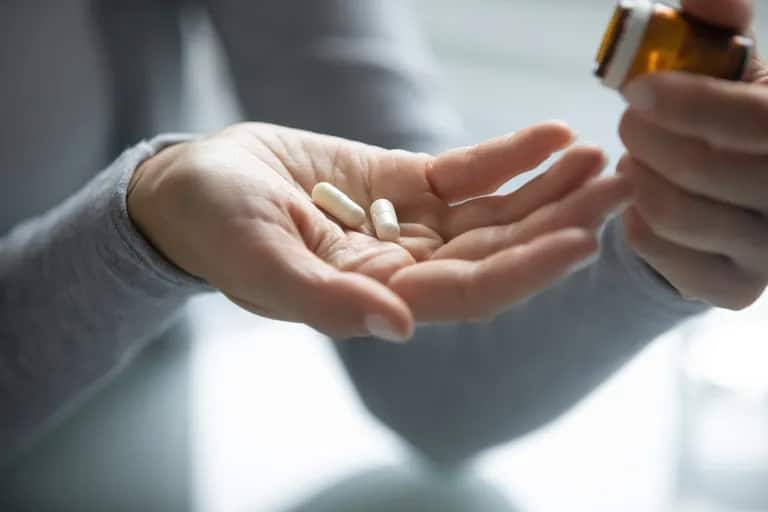 When it comes to B vitamins, you’ve probably heard of B 12which is important for preventing anemia and maintaining bone health and for b 9 (also known as folic acid), which is essential for a healthy pregnancy.

but B6 is kind of the “forgotten vitamin”.said Reem Malouf, a neuroscientist at the University of Oxford who has studied its effects on cognition. Like other B vitamins, such as B12 and B9, B6 is an essential nutrient, but how it affects mental health is not fully understood by scientists and less is known than others.

That doesn’t make it any less important how the body functions, said Katherine Tucker, a nutritional epidemiologist at the University of Massachusetts Lowell. Vitamin B6 participates in a range of chemical reactions that are important for nervous system and brain function. Including the synthesis of proteins, amino acids and chemical messengers in the brain as well as the proper functioning of the immune system.

B6 is an essential vitamin during pregnancy and postpartum: It may help ease morning sickness, and it’s essential for fetal brain development. And vitamin B6 deficiency is associated with a number of neuropsychiatric disorders, including seizures, migraine headaches, anxiety, depression, and memory impairment.

“The effect of vitamin B6 on mental health is not a new concept,” said Jess Eastwood, a doctoral student in nutritional psychology at the University of Reading in the United Kingdom. In a study of nearly 500 college students published in July, for example, Eastwood and colleagues found that those who took high doses of vitamin B6 (100 milligrams per day for about a month) reported feeling less anxious than those taking the placebo. Their findings also suggested that B6 may play a role in reducing the increased brain activity that can occur with some mood disorders.

But the study’s sample size was small, and overall, there hasn’t been much research on whether B6, in supplements or diet, causes changes in mental health, Eastwood said. The findings of studies including this one are often limited and do not prove cause and effect.

It can also be difficult to study what effects supplement B6 has on mental health, if any, because It is difficult to measure how well vitamins are absorbed into the bloodstream.

Experts say probably not. For most healthy adults, the recommended daily intake of vitamin B6 is 1.3 to 1.7 mg.

As with other essential vitaminsThe body is not able to produce B6 on its own, so it can only be obtained from food or supplements. However, most healthy adults get enough vitamin B6 from their diets, Tucker said. “It’s available in plenty of whole foods,” he said, such as tuna, salmon, fortified cereals, chickpeas, poultry, dark leafy greens, bananas, oranges, cantaloupe and walnuts.

One cup of canned chickpeas, for example, provides 1.1 milligrams of vitamin B6, while 85 grams of roasted chicken breast provides 0.5 milligrams.

Most dietary supplements have a tendency to contain more than you need in a day. For example, it can be 20 to 200 times higher for some B6 supplements available on the market., Taking such high doses of B6 supplements probably won’t cause negative short-term side effects.But the National Institutes of Health recommends that adults take no more than 100 milligrams per day, Tucker said. Long-term use of more than that amount, about 1,000 milligrams or more each day, can cause weakness, numbness, and pain in the hands and feet, loss of muscle control, and nausea, although most symptoms go away after a while. Huh. taking such high doses.

experts say If you are concerned that you are not getting enough vitamin B6 in your diet, you can ask your GP to send you for a blood test. If you are borderline or mildly deficient, you may have only minor symptoms, or none at all, and may not have any complications. but If the deficiency becomes severe or prolonged it can lead to more serious conditions, such as microcytic anemia, depression, confusion, fatigue and weakened immunity.which may disappear after B6 levels are restored.

Certain medications or lifestyle habits can also contribute to B6 deficiency. “The diabetes drug metformin, some high blood pressure medications, and alcohol cause the body to lose B6, so you retain less B6 than you need,” Tucker said. Heavy drinkers, smokers and those taking certain medications need to be more aware of their B6 levels.she added. People with kidney or malabsorption disorders such as chronic kidney disease, celiac disease, ulcerative colitis or Crohn’s disease may also be prone to vitamin B6 deficiency.

should also be taken into account People who are deficient in B6 are also deficient in other B vitamins. Tucker said, so if you need to supplement your diet, it’s best to take a B-complex supplement, which typically contains all eight B vitamins in the same dosage.

But if there’s no deficiency, Tucker said, you probably don’t need to supplement.

Eastwood said, “I would always recommend that the food come first.” “If you’re feeling more tired, you’re not feeling quite right, and you know you’re not eating many foods that contain B6,” it could be a sign that you need more B6-rich foods. Need to turn to food.