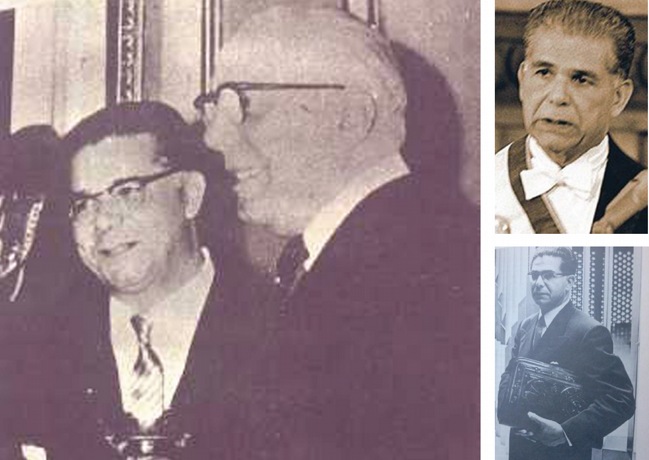 IOne of my customary visits from the poet, as I often called President Balaguer, suggested I write his memoir and he responded like this:

“Too often, presidents and political leaders don’t state the whole truth when writing their memoirs. However, I must admit that among what I’ve read recently is “An American Life” by Ronald Reagan, former President of the United States of America. Was quite happy with the title.

However, in “Memorias de un Cortesano de la Era de Trujillo”, Balaguer expresses his good and bad about that time and—he told me—the following: «I make some profiles of people who have called me Hurt, the climax of isolating himself with the Chief.

He told me that he decided to write “Memoirs of a Courtier of the Trujillo Era,” with the sole purpose of making known his time in the Trujillo regime, which I do not regret and have no grudges for those who slandered. Which I fell victim to some of Trujillo’s blind fans.”

It was a book tracking his civic work. A personal testimony, very much his, a book where his actions as a public official who never used the resources of the state to his advantage would be recorded.

“I didn’t write to them out of displeasure,” he repeated. And he added: “Emperor Claudius Nero Tiberius may have been an excellent emperor, but his displeasure was far greater than discretion and for this reason the Romans did not recognize his great political genius and his war strategies.

« Hate and resentment are not my enemies but adversaries, in blind humans and in my particular case. I consider myself a ruler with a certain sense of humor and, in that case, it is possible that I know how to choose my opponents; Instead, it so happens that the country’s main leaders, Juan Bosch and Francisco Pea Gómez, chose me as their opponents and gave me a high honor to be the two top figures in Dominican politics, who think about the country and Not in personal interest”, the “bloodless leader of the revolution” underlined to me, because his followers inspired him politically”.

Read Also:  Sri Lanka dealt a shock as they want to fight back

In that order, President Balaguer always referred with respect and honor to Professors Juan Bosch and José Francisco Pea Gómez, stating: Bosch is a moral reference and a writer of great value. Instead, Pea Gómez was the political leader of the majority, honest, intelligent, orator and most internationally recognized leader of the Dalton School. A figure of great potential in the context of his time”.

Campbell is hoping for first Lions win on Thanksgiving Day