Balance, the great secret of health; we are not a matter of chance 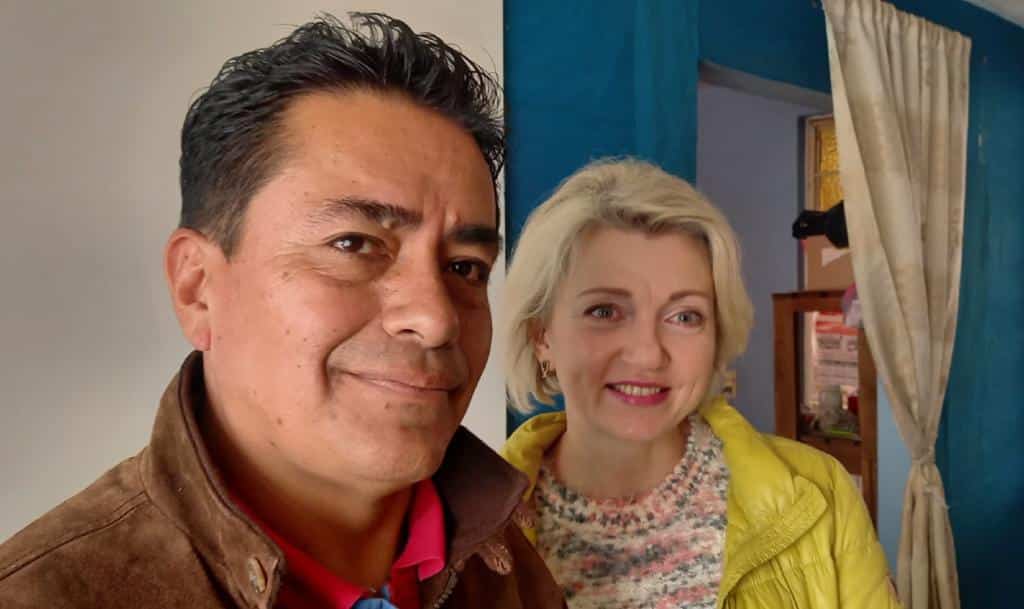 in October 2019 raul lopez dominguez was a victim of derem cerebral, The entire right side of his face was showing what had happened, especially the eyelid and mouth. He went to Social Security where he was in intensive care and they put him on medication, they also talked to him about the possibility of retiring for medical reasons, but he declined such an offer: “I refused that. That was the end for me.”

Now he qualifies as his great advantage that he never lost consciousness during the process: “When I was in that position my mind was working and analyzing why I was like that, so I decided said that I have to go home; It was a great lesson.

This engineer by profession and self-taught recently discovered four characteristics or manifestations in humans that always bring with them serious health problems: abdominal obesity, high triglycerides, high blood pressure and insulin resistance, four factors that Also called “metabolic syndrome”, the same one that arose in his person due to excess carbohydrates, lack of sleep and stress.

Today, at age 51, he has resumed the life he had before he got sick: he trains aikido, he doesn’t take any pharmacy drugs “and since I learned my lesson, I discipline myself. did and now i know what made me ill and now i avoid that type of food; many problems are in diet and lifestyle.

In short, it is all about balance: “Man’s health must be in balance; Physics itself talks about equilibrium and when it breaks down in mathematics it is more difficult to solve inequalities. Inequality speaks of imbalance, there is inequality, and something similar happens in human health. Man is integral and at present the spiritual part is insulted and mocked as well, but man is many parts and we cannot reduce man to only two things, body and soul without soul.

He assures that the manifestation of disease is related to metabolic issue or food or drug issue, but many times the root of the problems is related to the issue of emotions, feelings, social environment, there are many factors, it is a very complex issue, hence my interest in addressing the human issue in its complexity”.

Raoul is an Engineer from National Polytechnic Institute, Manager of a Transnational Company, Public Servant, Academic and Writer in UAEH; His passion for abiding knowledge and learning has allowed him to participate in courses, master’s degrees and specialties; In fact, she remembers that her mother wanted her to study medicine, but she eventually decided on engineering because it would give her a more analytical mindset.

So he went to vocational high school majoring in physics and mathematics and 10 or 12 years ago he started getting more involved in natural science related issues because he already had the opportunity to have a rabbit and sheep farm. He always loved contact with nature.

“Human beings must not lose touch with nature, with the earth, we must maintain that connection that makes us more human, more sensitive, makes us attentive, allows us to explore other things that modern life The train of has blinded us”.

Through the studies I did with experts in endocrinology, both in Spain and Colombia, I understand that at the end of the day we are in a system that is the Earth and from it everything we have, like plants And many medicines are derived from plants, why don’t we resume the practice of nature?

My wife Tatyana Druzhkina comes from a country with a high culture of adaptogens and I started researching and studying this topic. Among metabolic syndrome is a bug even more dangerous than the one that caused the pandemic, Candida albicans, a fungus that needs moisture, heat, and energy, which it gets from glucose. I have always seen this fungus in people with diabetes, cancer, obesity and even autoimmune diseases.

As a result of his discoveries, Raoul has decided to help people, to whom he shares his remedies made from two natural ingredients with incredible benefits for human health: garlic and oregano, a natural enemy of Candida albicans. Of course there is a cost, but it is very little compared to the thousands of pesos that can be spent on hospitals and specialists.

success stories? Of course, everyone I treated and diagnosed in time survived.

He likes to analyze and listen to his patients, so his mind starts working, to generate scenarios “And then I already know what he has, it is a gift with which someone is born and it is given to me naturally; My wife is amazed when I see patients and know what they have. I don’t want to get into the slyness or the questions of spirits and energies, this is an intuition that has been developed over time of research and study.

He has been treating patients formally for four years now, he analyzes them, finds out how they sleep, what they eat, their relationship with loved ones at work, with the aim of getting to the root of the problem. Have to go till He listens to them, too, and has developed a method to detect certain signs of imbalance: “What I’ve found is that many diseases like cancer and diabetes are metabolic, ie a question of food and an issue of hormonal .

“I have developed a very simple method for which I identify certain practices which I start correcting in a maximum of three sessions so that the balance is re-established, each session having a gap of 15 days and each organism is different.”

Raul says the biggest problem in Mexico is the lack of discipline: “How do we break a bad habit, an addiction, it takes 40 days to change, when you do it, when you accept that kind of discipline?” If you do, it changes. If you’re not willing to subject yourself to 40 days of discipline with new habits, you’re going to fall back into the same thing, so let me tell you three things: You Patience,discipline and confidence is needed, if not then it is better to continue your treatment and look for other options as I do not like to cheat people.

Without hesitation, they assure that in Mexico we are a sick society because of bad eating habits, because of the food we eat, because of the many cultural issues and it is difficult to go against it.

In medical issues or health issues, ideology cannot be involved, he insisted, health cannot be politicized because the life of the individual is involved; Furthermore, he says that women tend to have very particular pictures and diseases because of hormonal issues, their menstrual cycles and so on, while it is common for men to have already low testosterone levels when metabolic syndrome occurs. There is a problem. There is an increase in weight and especially fat, and low testosterone, problems with high blood pressure, problems with libido, even depression will start to manifest themselves.

Candida albicans is part of the intestinal macrobiota and when the balance in the gut is disturbed, often due to the abuse of certain drugs, such as antibiotics, for example, they sweep evenly, they are not selective, they The good outweighs the bad and many times the intestines are left unprotected, the balance is thrown off and since there is no natural predator for this fungus, it starts to reproduce in the intestine and it actually colonizes the liver. Prefers the glucose reserves that are produced in the liver, which is why it will be located in the liver, in the genitals of women and men, since it has some peculiarities in the human body.

As already mentioned, the natural enemy of Candida albicans is oregano and neither in pharmacies nor in health food stores is there anything that is completely pure oregano.

“Two years ago I took a herbal and phytotherapy course and they taught me how to obtain both the oil and the mother tincture from plants. The mother tincture is the pure extract of a plant obtained through a process of maceration and rest; the oil refers to the fact that is that it is prepared with an oil base which can be olive, for example.

When the stroke happened, he started taking those compounds and within a week his face became straight.

“I am grateful to God. It is a great privilege to help people recover, to help them regain their most precious asset, which is health.

Raul puts up WhatsApp 771 2077408 for reader’s consideration to schedule an appointment, which can start from 9am on Saturdays to serve them.

We live in a time of confusion, says Raoul, a time of postmodernism. The social network is a blank slate where anyone can write what they want, so everything is relative in the times of postmodernism and post-truth. There is a lot of information on the Internet and not knowing who wrote what, with what intention, you have to be very careful.

“The idea of ​​counting calories has been sold to us a lot, but if counting calories were the solution, people would slim down and not, people tense up while counting and that doesn’t work, but slimming down does, because Losing weight is one thing and losing size is another thing, I am interested in losing size because it shows that his metabolism is working, I can maintain weight because of muscle mass, so losing weight and size Very different from getting lost”.

Hence the importance of not counting calories and better focus on losing shape, not weight. “We have a serious problem and therefore the recommendation that if you want to improve, consume everything that does not come from a factory or is not on the shelf is natural. In Mexico we have a problem with carbohydrates, soft drinks, and when you mix carbohydrates with fat, you’re putting a gun to your temple. You have to go back to nature, take a walk, minimize the use of cell phones.

To conclude, he reiterates that “Life is about balance, you cannot become completely vegetarian as you can become completely non-vegetarian. I emphasize, this topic is controversial, so diets don’t work, Because they want to standardize them and don’t, each organism is different and understanding that has been the reason for my success.