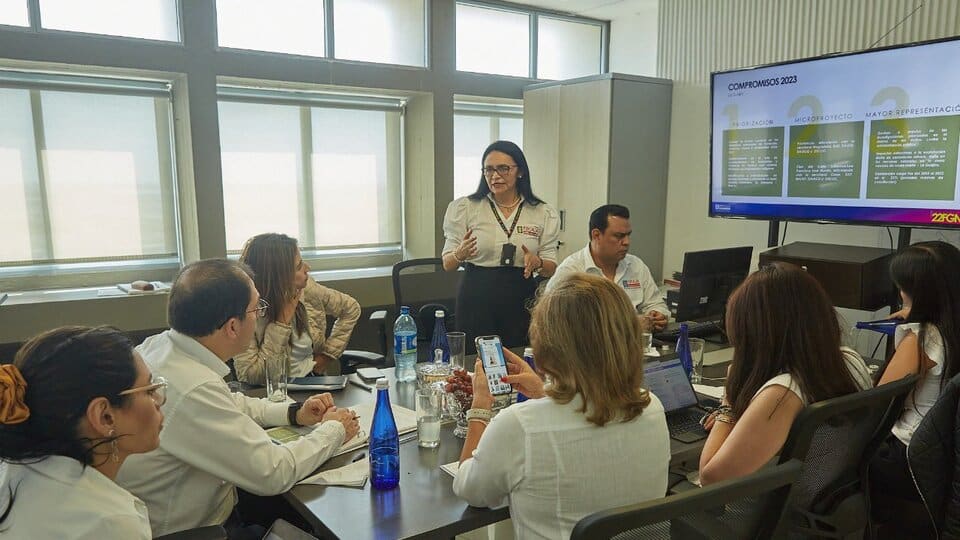 total of In Colombia, 267 people were arrested and prosecuted for environmental crimes in 2022. specifically for charges related to illegal mining and deforestation, according to year-end balances conducted by the Colombian prosecutor’s office.

“In environmental crimes, 267 people were caught and prosecuted,” said Hugo Tovar, special director of the Prosecutor’s Office against human rights violations, who explained that 108 were for illegal extraction of minerals and 75 for deforestation.

This year, 145 people were formally charged with environmental crimes and 33 people were convicted according to the remainder.

In accordance with the human rights balance of the Prosecutor’s Office, during the current year they also conducted investigations and further proceedings against Migrant Smuggling and Human Trafficking.

Thus, the prosecutor’s office and the Colombian authorities 21 people were arrested and 28 were charged in just 8 months, And 92 victims caught in trafficking and smuggling networks were also repatriated to their countries—specifically the Dominican Republic, Peru, and Chile.

These crimes include not only trafficking for the purpose of sexual exploitation with a purpose in Colombia or abroad, but also the migrant smuggling business, which has grown sharply this year due to the number of people trying to cross the Darien Gap is what sets Colombia apart. Panama is going to America.

From the prosecutor’s office they shed light Capture of alias “La Mona” and alias “Walter”, whom they consider “the main promoters of a structure that irregularly smuggles Uraba citizens of Haiti, Cuba, China, Somalia, Nigeria, Angola, Pakistan, India and Bangladesh aboard boats from the border with Ecuador into Central America”. or guide them through the Darien jungle of Panama.

The prosecutor’s office also brought 38 charges in cases of threats to social leaders, which is 25 more than in the previous year, and in these cases 7 were convicted.