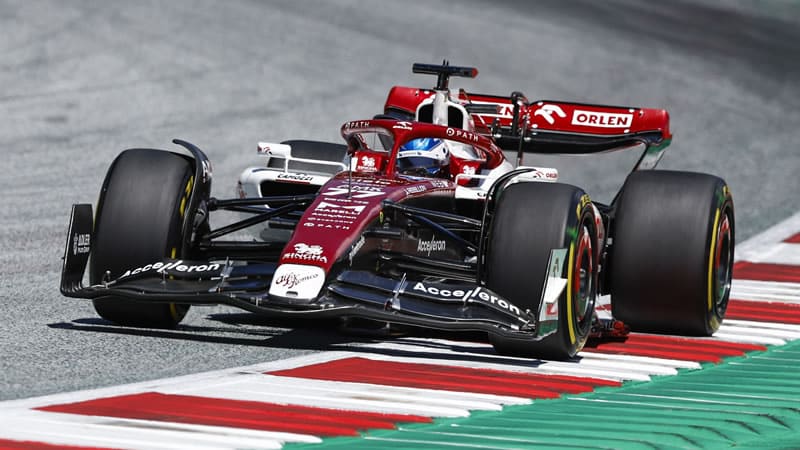 The Alfa Romeo Racing team arrived in Bahrain with a new pair of drivers and were little certain of their performance. The veteran Valtteri Bottas left Mercedes and joined the men of Hinwil to lead the new project and was joined by Finn Chinese Guanyue Zhou to show that he was not in that seat just for the money. After 12 races, the Italian-Swiss squad is sixth in the Constructors’ Championship with 51 points.

At the start of the year, and following the logic, Bottas established himself as the leader of Alfa Romeo scoring points in Bahrain 6th, Australia 8th, Emilia Romagna 5th (her best result of the year), Miami 7th and Spain 6th .

For his part, rookie Zhou was excited to break into the top 10 and add his first point in F1 in the inaugural race in Bahrain, but although he was close in Saudi Arabia and Australia (11th in both), he again Not added At the middle of the year in the Canadian GP when he was 8, he was just behind his teammate.

Read Also:  14 strange items reported to have been stolen in Canada this year

The truth is that since the Spanish GP, except in Canada, the team experienced a decline in performance in both qualifying and races, having suffered a lot with balance, from its rivals in terms of speed and reliability problems in both cars. with. ,

The month of July was disastrous for the people of Hinvil. At Silverstone, Guanyue Zhou suffered a spectacular crash on the first lap of the Grand Prix, which fortunately only frightened her. Bottas also left due to a technical problem. In Austria the Finn was left on the brink of points, in France he barely finished 14th and in Hungary he added another retirement.

The young Chinese driver was slightly better, crossing the finish line 14th, 16th and 13th in the last three races before the summer break.

Alfa Romeo has had a tumultuous season so far. A very consistent start to the year, especially from Bottas, is in stark contrast to the very poor performance in the recent GP and today he is living off those savings from the first half of the season. Zhou has made some good performances, but he still has room for improvement.

The team’s options for joining the fight for the middle group seem far-fetched until something major changes in this second half of the year. They also can’t stop looking at their mirrors because if Haas jumps he can steal the position.